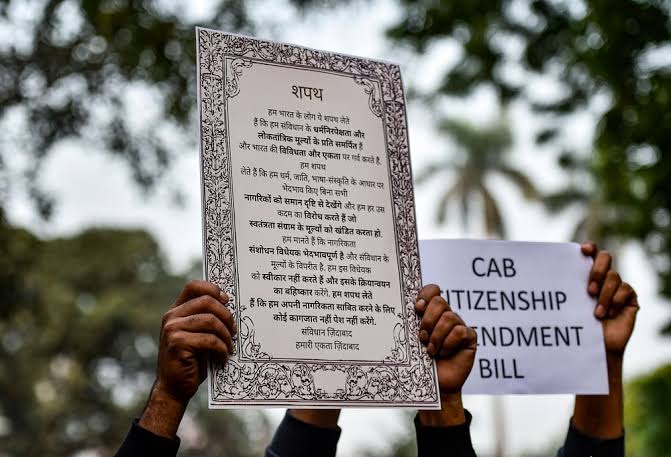 Congress MP Gaurav Gogoi said that Assam opposed the Citizenship (Amendment) Bill (CAB), which has disturbed the peace and harmony of the states in the North East due to the ‘arrogance’ and the ‘dictatorial mindset’ of BJP.
“There are spontaneous protests erupting in Assam and across North-East and this is exactly what I told the Home Minister Amit Shah yesterday that they might have the numbers to pass it (bill) in the house but when you are trampling upon people’s sentiments like this you are only alienating the people of North-East, peace and harmony there is being disturbed by the arrogance and the dictatorial mindset of this government further asserted that protests are being led by students, college professors, government officers, farmers and even by ordinary workers.

“Today, people have lost their faith in BJP as it has betrayed everyone. BJP just wants to play their politics in the name of the Citizenship (Amendment) Bill. They have nothing to do with peace and development,” he added.
This comes in the backdrop of the protest carried out by the citizens in Assam against the bill. Hundreds of local citizens continued to protest against the controversial Citizenship (Amendment) Bill (CAB) in Assam on Tuesday.
During the protest, several students in Guwahati raised slogans against the Bill and burnt tyres in the area.
Several policemen were deployed in the area to control the situation.
Protestors in Assam have alleged that the Bill violates the Assam Accord in 1985 and is against the principles of the Constitution.

Meanwhile, amid the ongoing protests against CAB, flags of the banned organization United Liberation Front of Assam (ULFA) were seen in Dibrugarh.The flags were hung at the entrance gate of Barbaruah LP School, which is located nearly 500 meters from the Barbaruah police station. The police, however, seized the flags.
The bill will be tabled on Wednesday in the Upper House by Home Minister Amit Shah.The Bill, which seeks to give citizenship to refugees from Hindu, Christian, Sikh, Buddhist and Zorastrian communities fleeing religious persecution from Pakistan, Afghanistan and Bangladesh was passed in the Lok Sabha on Monday.

After heated discussions spanning seven hours, the Bill was passed with a majority of 311 votes against 80 in the Lower House where 391 members were present and voted.For the bill to be passed in the Upper House, the Centre requires the support of at least 123 MPs in the 245-member Rajya Sabha.