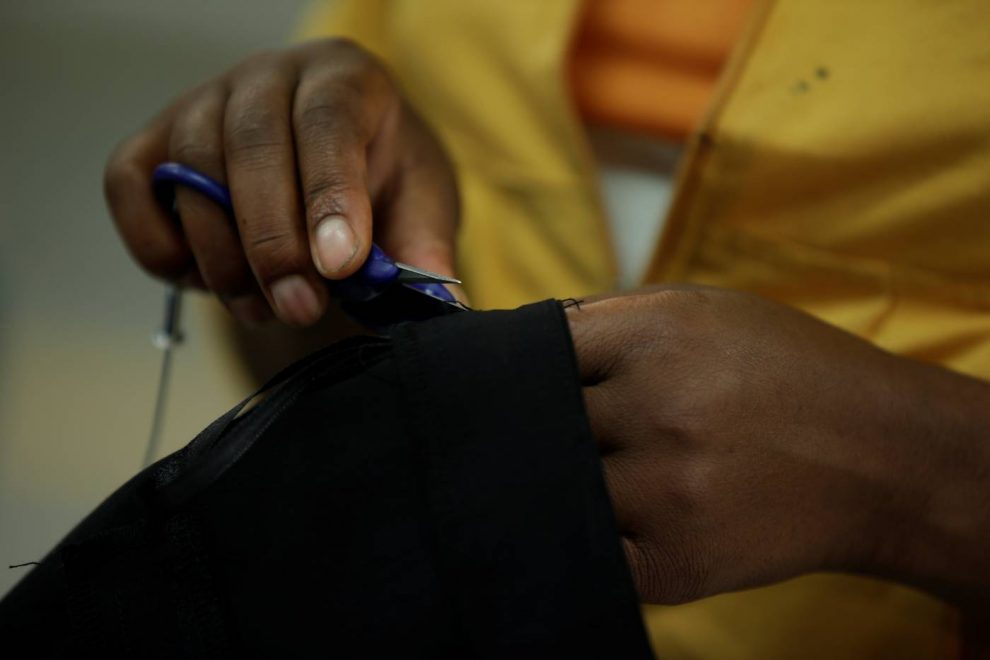 HAWASSA, Ethiopia: Even before COVID-19 struck, the women stitching clothes at Ethiopia’s Hawassa industrial park were among the world’s worst-paid garment workers – many making less than $30 per month.

Today, pay cuts and forced overtime have become common in short-staffed factories abandoned by hundreds of former employees – some too scared of catching the coronavirus to return, several workers told the Thomson Reuters Foundation.

Tigist, a 20-year-old seamstress, said some of her colleagues had not come back to Hawassa after they were furloughed in the early months of the pandemic, as the global garment industry was hammered by cancelled orders.

In recent months, bosses eager to recover lost business have been forcing the remaining workers to pick up the slack, Tigist – whose name has been changed to protect her identity – and other workers said.

“We had to work (more) to fill in the gap,” Tigist said in the tiny, bare room she rents with another worker for 275 birr (about $7) per month each – eating up almost half her monthly salary of 650 birr.

“We fear catching the virus too but we must continue because we don’t have any other option,” she said, adding that she had to work to avoid being a “burden” to her poor family who live in a southern village.

Since coming back from furlough, she said she has been working an extra six hours per week – work for which she has not been paid, instead being given occasional $0.13 top-up cards for her mobile phone.

They said they worked for manufacturers including KGG Garments PLC and Indochine Apparel PLC, which supply big brands such as The Children’s Place and Levi Strauss & Co.

A manager at KGG Garments PLC and the head of human resources at Indochine Apparel PLC denied the workers’ allegations of unpaid, forced overtime and said their factories had not closed during the pandemic.

Fitsum Ketema, general manager of the Hawassa Industrial Park, said “there are no such practices in our park”.

“Our companies are running their business respecting the law of the country,” Ketema said in a text message.

The Children’s Place and Levi Strauss & Co did not respond to requests for comment.

More than a dozen industrial parks were built in Ethiopia in recent years as part of ambitious plans to turn the poor, mainly agrarian nation into a manufacturing powerhouse, attracting investors with tax breaks, cheap loans and labour costs.

The Hawassa industrial park, which lies some 275 km (170 miles) south of the capital, Addis Ababa, was inaugurated in 2016 and employed about 28,000 workers before the outbreak.

Most factories at the park are now running at pre-pandemic capacity again.

Crowds of women – many not wearing facemasks – could be seen walking arm-in-arm out of the park at the end of their shift one day last month.

Some were new recruits, recently hired to replace those who did not come back from furlough – some fearing the virus, others deterred by the harsh working conditions.

Campaigners have denounced slavery-like conditions and low wages in parks where garment workers, mostly women, are the lowest paid in the world, according to a 2019 report by the New York University Stern Center for Business and Human Rights.

“The fact that these workers are being paid such miserable wages … really enhances their vulnerability to hunger, to other forms of labour abuses,” said

Workers who were in Hawassa when the coronavirus crisis began said they have been struggling to meet their basic needs for most of the year – despite government measures aimed at protecting them.

Ethiopia declared a five-month state of emergency in April to fight the coronavirus and mitigate its impact, prohibiting companies including clothing factories from laying off workers despite significant sales and order reductions.

Hundreds of workers employed in Hawassa in January 2020 were furloughed or terminated during the pandemic, according to a phone survey of 3,896 female garment workers which was conducted between April 28 and July 1.

Workers interviewed by the Thomson Reuters Foundation said they were furloughed on reduced pay, forcing some to skip meals or take on loans to buy food. Most live in slums near the park, sharing small rooms often without access to safe water.

Tigist said she received 450 birr ($11.65) per month – two thirds of her normal wage – and struggled to make ends meet so went home to her village until her factory reopened.

Others, like Birtukan, 24, told of having their wages docked since they returned from a 21-day layoff.

She said her employer had deducted a monthly food allowance from pay packets – equivalent to a 20% pay cut. They also decreased the incentive pay that workers earned when they hit the target output.

When she and colleagues complained, managers told them they could leave if they were unsatisfied – a common practice to discourage workers from complaining.

“We were told that we should be patient,” Birtukan, whose name has also been changed to protect her identity, said as she breastfed her baby.

Campaigners and unionists said establishing a statutory minimum wage would help protect workers from such abuses, though the government’s reluctance and COVID-19 have halted the process.

The pandemic has also made it more urgent to establish trade unions, which are long overdue in Hawassa and other industrial parks, according to campaigners.

“The more workers are organized, the more chances they can get to solve problems that arose because of the pandemic,” said Angesom Gebre Yohannes, head of the Industrial Federation of Ethiopian Textile, Leather and Garment Worker Trade Unions.

Yet for some garment workers such as Birtukan, the possibility of quick improvements appear slim for as long as the pandemic drags on.

“I’m not sure when it will be back to normal,” she said. “If the pandemic persists and the company doesn’t get profit, what do you expect?”