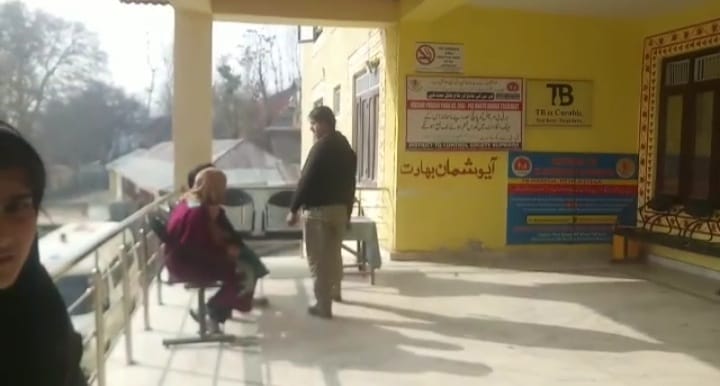 HANDWARA: Scores of patients were kept waiting as a lone doctor at New Type Primary Health Centre (NTPHC) Qalamabad here in this North Kashmir district of Kupwara failed to attend duties till late afternoon on Wednesday.

Patients and attendants told that they have been waiting for the only doctor posted in the health facility. “We have done tests and report is with us, but there is no doctor to whom we could show the same and according to prescribe medicine so that the patient gets relief,” said a resident of the area who has been waiting for the doctor to turn up for the legitimate duties. Many patients and their attendants were seen roaming in the hospital, eagerly waiting for the doctor who was yet to reach the hospital when this report was filed at mid-afternoon.

When contacted, Block Medical Officer told that the doctor is stuck in a traffic jam and would soon see the patients.

The locals of the area raised questions on the non-availability of the doctor. “While action, as warranted under law, should be taken against the doctor for failing to reach the duty on time, authorities should post sufficient doctors so that people are not made to suffer more so in case of emergency”, locals said. (GNS)

Join The Dispatch Whatsapp Group to stay updated
The Dispatch is present across a number of social media platforms. Subscribe to our YouTube channel for exciting videos; join us on Facebook, Intagram and Twitter for quick updates and discussions. We are also available on the Telegram. Follow us on Pinterest for thousands of pictures and graphics. We care to respond to text messages on WhatsApp at 8082480136 [No calls accepted]. To contribute an article or pitch a story idea, write to us at [email protected] |Click to know more about The Dispatch, our standards and policies
Tags#thedispatch #Health

Article 370 was in BJP’s manifesto but no logic for division and downgrading of J&K: Omar Abdullah
GMC Srinagar conducts webinar on world AIDS day
Comment