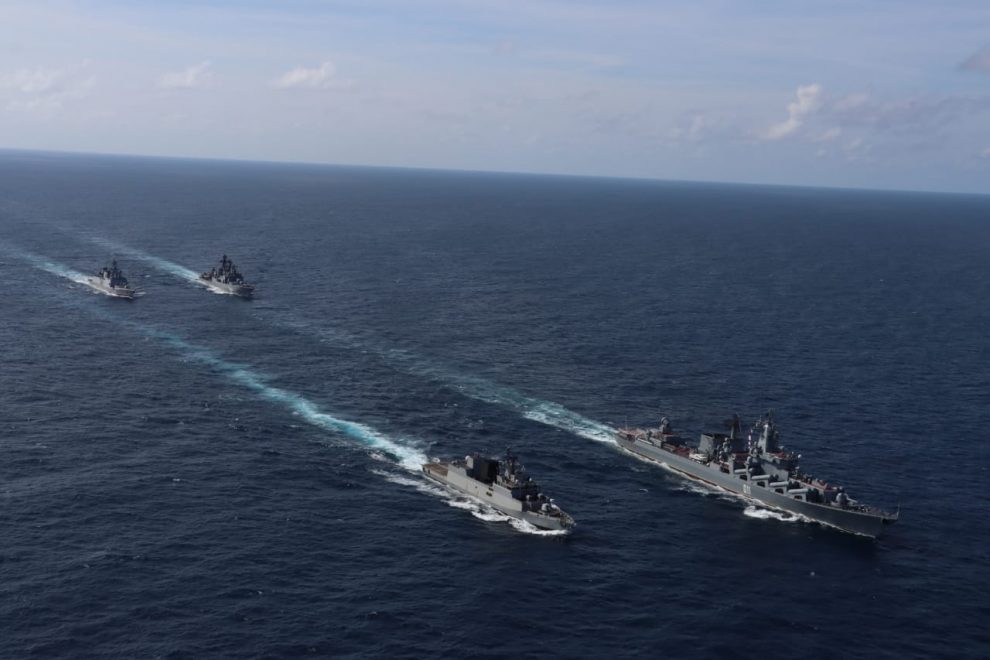 The exercise is aimed at enhancing interoperability, improving understanding and imbibing best practices between both the friendly navies, and would involve advanced surface and anti-submarine warfare exercises, weapon firings, seamanship exercises and helicopter operations.

PASSEXs are conducted regularly by IN with units of friendly foreign navies, whilst visiting each other’s ports or during a rendezvous at sea. This exercise, being conducted in the Eastern Indian Ocean Region, reflects the strong long-term strategic relationship between the two countries and particularly, defence cooperation in the maritime domain.

This exercise is being conducted on the occasion of ‘Navy Day’ of the IN on 4th December, which emphasizes the strong bonds of friendship shared between the two friendly militaries. This PASSEX would be another step towards strengthening Indo-Russian defence relations. The two navies have built a robust relationship through regular exercises such as INDRA Navy conducted biennially, with the last edition held in the Northern Indian Ocean Region from 4 to 5 September 2020.