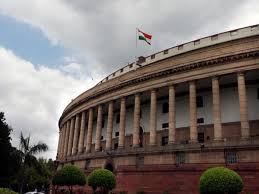 Parliamentary Standing Committee on labour has invited public suggestions on labour code on occupational safety, health and working condition, the government said on Thursday.
Lok Sabha Speaker Om Birla had referred ‘The Occupational Safety, Health and Working Conditions Code, 2019′ to the committee which is headed by Biju Janata Dal MP Bhartruhari Mahtab for examination and report. The committee has sought public as well as experts’ suggestions on the bill which was introduced in Lok Sabha during the last session of Parliament in July this year.
“The Committee has decided to invite memoranda containing views/suggestions from the public in general and NGOs/experts/stakeholders and institutions in particular,” an official release said.
Those who want to submit their suggestions on the Bill will have to send two copies in either English or Hindi to the Lok Sabha Secretariat Director (AN-II&L) and email to [email protected] before November 22.
The code aims to regulate the employment of workers, including those engaged by contractors, and their working conditions across sectors.