The Bill also prohibits the Legislative Assembly of Delhi from making any rule to enable itself or its Committees to consider the matters of day-to-day administration of the National Capital Territory of Delhi. Minister of State for Home G Kishan Reddy in his reply to the discussion said, the bill does not intend to take away the powers of the elected government of Delhi but only seeks to clear the ambiguities regarding the powers of the LG at par with other Union Territories in the country.

He said the Centre gives utmost importance to democratically elected governments and has complete faith in the democratic and constitutional spirit of the country. He said the bill also sets clarity regarding the role of the L-G in the National Capital Territory who is appointed by the President of India. Later, the House adopted the motion to consider the Bill through a division vote with 83 members voting in favour of the motion while 45 opposing it.

Earlier when the motion was moved for discussion on the bill, leader of opposition in the Upper House, Mallikarjun Kharge raised concerns regarding the bill saying that it takes away power from the elected government of Delhi and vests it in the hand of Lieutenant Governor. Aam Aadmi Party MP Sanjay Singh termed the bill unconstitutional and trooped into the well of the House raising slogans.

Mr. Singh was also joined by TMC members including Dola Sen, Arpita Ghosh, Santanu Sen and Derek O’ Brien present in the House. The House witnessed two short adjournments amidst the pandemonium. Later, participating in the discussion, Congress member Abhishek Manusinghvi termed the bill unconstitutional and said that it is against the federal spirit of the country. He alleged that the bill intends to undermine the power of the elected government in the National Capital. Mr. Singhvi added that the bill will not be able to pass the legal scrutiny even if it is cleared by the Parliament.

TMC member Derek O’brien also criticised the bill and accused the government of undermining the state’s power. The House witnessed heated arguments between BJP and TMC when Mr. O’Brien was speaking. Prasanna Acharya of the BJD also criticised the bill and said that it needed wider consultation. He along with other party MPs later walked out from the House protesting against the legislation.

Other opposition parties including DMK, RJD, NCP, Shiv Sena, Samajwadi Party and CPM also opposed the bill. The opposition parties also staged their protest against the bill by walking out from the House. The proceedings of the Rajya Sabha will begin today at 11 AM wherein the House has agreed to take up scheduled legislative business and dispense with the Zero Hour and Question Hour. 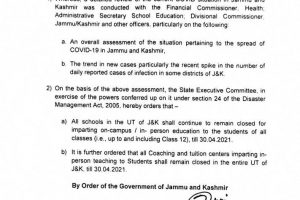