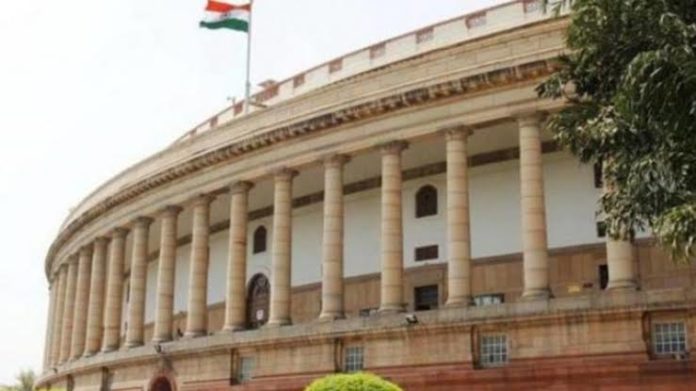 A Parliamentary Panel headed by Anand Sharma has made as many as 107 recommendations to overcome traffic woes in the national capital.Rajya Sabha secretariat in a statement on Wednesday said the report of the 31 member Department Related Standing Committee on Home Affairs, headed by Rajya Sabha member Anand Sharma on ‘The Management of Worsening Traffic Situation in Delhi’ was today presented in the Upper House. “It contained 107 recommendations to overcome the traffic woes. The panel went in great detail into the roots and consequences of the problem after examining all the issues in four meetings since August last year,” the statement said.

The Committee recommended strict action to ensure compliance with the order of National Green Tribunals on phasing out diesel and petrol vehicles of 10 and 15 years vintage respectively.
The statement informed that Committee expressed concern over galloping the number of vehicles on Delhi roads by the day and called for radical measures to check their growth including registration of new vehicles if only the old vehicle is either scrapped or disposed off.

“Expressing concern over old and unfit vehicles plying on Delhi roads, the Committee recommended strict action to ensure compliance with the order of National Green Tribunals on phasing out diesel and petrol vehicles of 10 and 15 years vintage respectively,” it said.

The Union Ministry of Road Transport and Highways has been urged to exercise caution over mandating the electronic vehicles and instead opt for cleaner diesel stating that complete switching over to EVs at this juncture would lead to collapse of the automobile sector besides EVs not being proven as a sustainable alternative.
In addition to that, the Union Ministry of Housing and Urban Affairs has been asked to ensure proper coordination among all the concerned agencies to promote Non-Motorised Transport with dedicated bicycle tracks and retrofitting of intersections.

The Committee recommended that the Home Ministry should coordinate with all the concerned to ensure free and safe movement of important persons without inconveniencing the commuters.
“The panel also recommended exploration of dedicated lanes for emergency vehicles like ambulances and fire engines to save precious lives and for two-wheelers as well in view of their substantial number using Delhi roads,” the statement said.

Expressing concern over not adding to the bus fleet during the last 10 years, the panel urged the Delhi Government to ensure the addition of 6,000 more buses at the earliest possible.
“The panel also voiced concern over non-provisioning of land for a planned induction of 1,000 buses before issuing a tender. The Public Works Department of Delhi Government has been asked to undertake simple alterations to junctions and corridors which have so far been neglected as they can qualitatively impact the traffic situation in a positive manner,” the statement read.

The Committee hoped that the Motor Vehicles (Amendment) Act, 2019 providing for stringent penalties would reduce rule violations but suggested revising the penalties for wider acceptance.
According to the statement, the panel urged DMRC to undertake multi-modal integration at all the stations besides increasing the fleet strength and frequency, rationalization of fares besides expanding to the unconnected areas.
The panel urged them to ensure timely execution of various ongoing and planned projects and advised them to provide Multi-Level Car Parking wherever feasible and if not, underground parking.

The Committee reviewed the situation in respect of 7 highly congested places namely, Connaught Place, Lajpat Nagar, Nehru Place, Bhikaji Cama Place, Karol Bagh, Kamala Nagar Market and Krishna Nagar Market and made specific recommendations besides calling for timely execution of planned initiatives for decongestion.
The Parliament Panel emphasized on technology adoption for traffic management and expressed anguish over non-introduction of computer-based Area Traffic Control Systems which are operational in South East Asian countries for 30 years.The Committee while referring to the implementation of ‘odd-even scheme’ recommended that a study should be conducted at the earliest on its impact on easing congestion in Delhi and on pollution if no such study has been conducted.