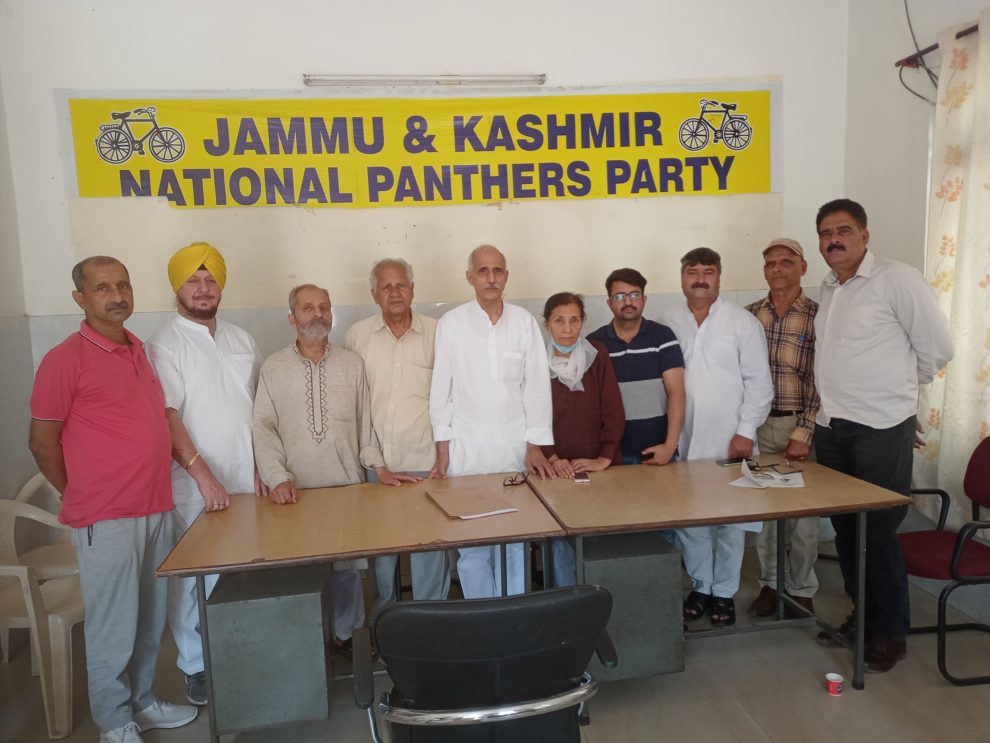 It was hoped that Prof Bhim Singh, founder and president of the J&K NPP would regain health soon. The Working Committee discussed the Political Situation in the Country and in J&K and Ladakh. The Party expressed anguish over the high rise in prices of essential commodities and growing unemployment. Privatisation of Public Sector was also termed as anti-people policy of the BJP Government. The proposal of J&K Govt to raise electric tariff is opposed by the JKNPP.  Need to save and strengthen secularism was also stressed by the participants.

The Working Committee decided to re-activate the Party in Jammu, Kashmir and Ladakh. Various measures would be taken up to streamline the party. The Party shall approach its silent members and supporters and take steps to approach the people and raise public issues through various means. The Committee decided to hold general meeting on 6th June at Party headquarters. The Working Committee also appealed its estranged members and those who have hurriedly joined other parties to come back to the Party and strengthen the movement of the party for equality and justice to the people.