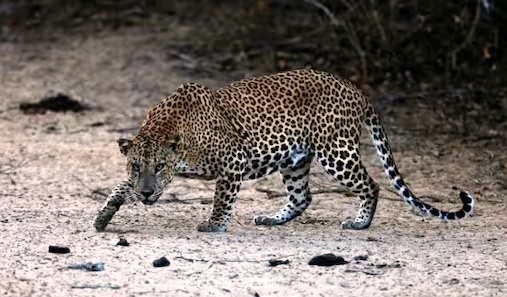 Srinagar: Panic has gripped Doulatpora, Chadoora as a leopard was seen roaming on road which had taken shelter under a vehicle in the central Kashmir’s Budgam district on Tuesday.
The locals said that the leopard appears to be a full-grown animal and continues to rest under the vehicle, creating panic among the locals, a local news agency (GNS) reported.
A wildlife department official said that a team of experts was on the way to tranquilize the leopard and shift it to a safe sanctuary.