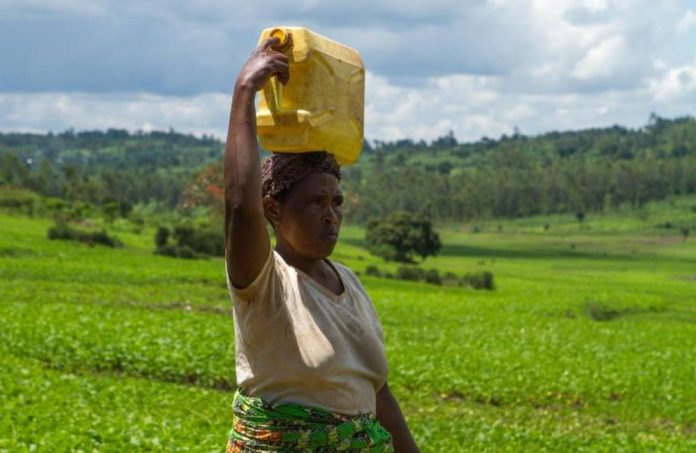 BARCELONA: East African nation Rwanda was one of the first countries to submit a stronger climate action plan to the United Nations this year – and it hopes that can serve as a basis for a “better, green COVID recovery”, its environment minister said this week.

The plan itself, published in May, does not mention the coronavirus pandemic. But Jeanne d’Arc Mujawamariya said the country was betting the measures it contains to drive a lower-carbon economy – in areas from agriculture to energy – will also make it more resilient to both climate and health crises.

The problem, she said, is finance. The plan contains two scenarios – what Rwanda thinks it can achieve with its own spending, and a more ambitious vision that depends on it getting sufficient international funding.

Cutting the country’s emissions 38% by 2030 from a business-as-usual situation – and managing farming, water supplies and forests effectively as rainfall patterns shift – will cost Rwanda about $11 billion, the plan says.

About 60% of that money needs to come from international sources, it adds.

Rwanda has a “structural financial challenge” because its banking sector is small and lacks expertise to back green technology projects in renewable energy or water management, Mujawamariya told an online event on climate finance.

One way to fill the gap, she said, is through “blended finance” – such as subsidised cheap loans where donor money is used to reduce the risk of default, smoothing the way for commercial investors.

The need for combined public and private finance to get climate-smart projects going in developing countries is greater than ever, after about $100 billion fled emerging markets in the first two months of the coronavirus crisis, experts said.

Yannick Glemarec, executive director of the multi-billion-dollar Green Climate Fund (GCF), warned that developing nations could face “a major solvency crisis and years of austerity”, making it harder for them to recover from the pandemic.

In it first five years, the GCF – set up to help vulnerable countries tackle climate change – has allocated $5.3 billion to 128 projects to cut 852 million tonnes of planet-warming emissions and boost the resilience of 351 million people.

In response to the pandemic, the fund now is providing grants to help developing countries plan a green recovery. It is also trying to minimise delays to the climate projects it funds.

Its officials want to speed up the development of new proposals and come up with funding models, including blended finance, that will make them a reality, Glemarec added.

The fund is working, for example, on a proposal to electrify more than 1,000 villages, which will improve their ability to provide healthcare round-the-clock, he noted.

The GCF is also considering contributing to a $100-million debt fund to keep off-grid power providers in business through the COVID-19 economic slowdown.

U.N. Deputy Secretary-General Amina Mohammed said the GCF and its 150 partners could play a major role in helping developing nations accelerate efforts to tackle climate change without increasing their debt.

As well as adapting to and mitigating “the catastrophic impacts of climate change”, countries given help could “revive and reinvent” pandemic-hit economies and gain other benefits like better health, food and water security, she added.

“Climate investments can deliver a triple win,” she said.

Ghana’s Finance Minister Ken Ofori-Atta stressed, however, that the pandemic had thrown financing for African countries to achieve their development goals “out of whack”. He called for a “tectonic” shift in the global financial architecture.

Currently, for example, most African nations pay 6-8% interest to borrow money on international markets, despite no recent defaults, he said.

He urged efforts to lower the amount they pay to service their debt and to increase their access to capital.

African economies are suffering as commodity prices have fallen and revenues from tourism and remittances decline, even as governments are forced to spend more on imported medical equipment to deal with the pandemic, he noted.

“That makes it difficult for us, because we are likely to move from this recession for the first time in the past 20 years into a depression,” he said.

Tariq Mahmood Ahmad, Britain’s minister for South Asia and the Commonwealth, said wealthy nations also faced big pressures on their budgets from the pandemic but should honour commitments to help other countries tackle climate change.

“Our domestic challenges are immense, but this is a real test of our mettle,” Ahmad told the event.

Britain, one of the biggest donors to the Green Climate Fund, has promised to double the overall amount of international climate finance it provides, to 11.6 billion pounds ($14.7 billion) for the period 2021-2025.

But aid experts are concerned more broadly that international development assistance, some of which is spent on climate projects, will shrink as the finances of many donor nations are squeezed by the COVID-19 fallout.

On Thursday, the Global Commission on Adaptation, a high-level panel, said governments needed to do more to incorporate climate resilience into an estimated $10 trillion in coronavirus relief spending.

It urged them to consider putting money into things like storm-proof affordable housing for slums, public works programmes to restore degraded land and community water supplies, and digital weather information services for farmers.

Climate adaptation investments “consistently deliver high returns” of $2-$10 for every $1 spent, it noted in a statement.

Rwanda’s environment minister, meanwhile, said poorer nations could take some steps toward a green recovery that would not require large amounts of international finance.

That might include collecting and recycling plastic bottles, banning plastic bags and cleaning up streets and rivers.

“Being poor does not give us room for doing nothing,” she said. “We have to act and we have to act yesterday.”