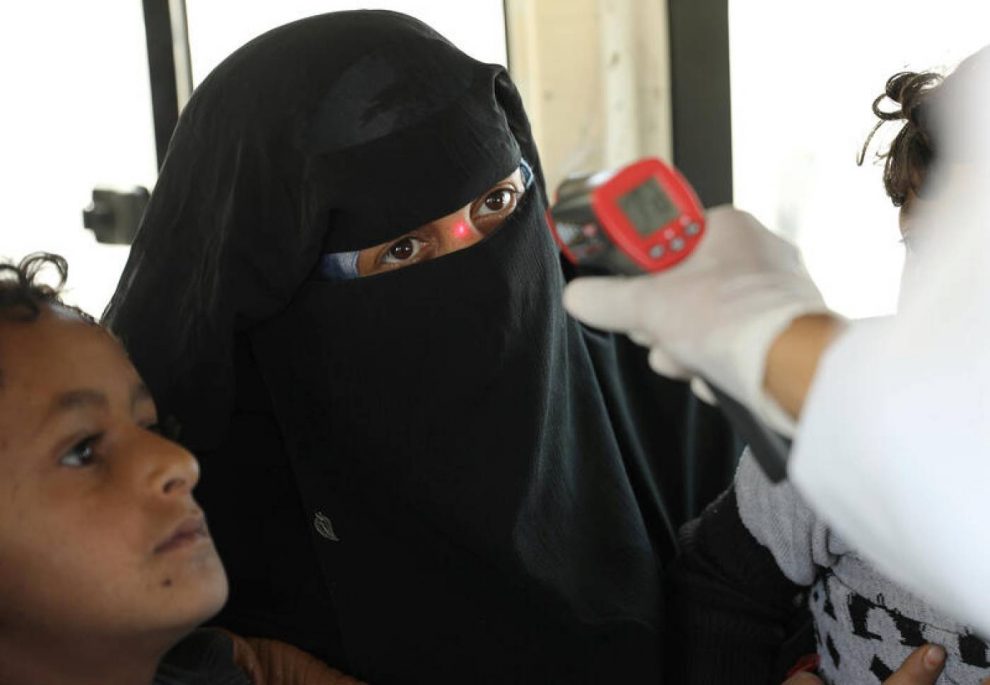 LONDON: Gender-based violence has surged by 63% since conflict erupted in Yemen in 2015, aid groups said on Monday, warning that the pandemic was exposing inadequate funding for protection services in war zones around the world.

Globally, at least 40 million people affected by war are at risk of sexual exploitation, abuse and trafficking due to “chronically underfunded” protection programmes, said a report by the Norwegian Refugee Council (NRC) and the United Nations.

“When people don’t have any other option, they will take desperate measures which put them at high risk of trafficking, sexual exploitation, abuse or forced labour,” said Suze van Meegen, NRC’s interim director of advocacy.

“(We need) to actually start talking about protection and prioritising the protection of civilians because food isn’t enough to keep people alive,” van Meegen told the Thomson Reuters Foundation.

In Yemen, more than two-thirds of Yemeni girls are being married off by the age of 18 as economic fallout from COVID-19 exacerbates the country’s woes, the report said.

It said a quarter of poverty-striken families in the war-torn country had lost their income due to the pandemic, with many turning to early marriage as a means of survival.

Yemen has been mired in conflict since a Saudi-led coalition intervened in March 2015 to restore the Yemeni government ousted from power in the capital by Iran-aligned Houthi forces in late 2014. The Houthis say they are fighting a corrupt system.

Van Meegen said the conflict in Ethiopia’s northern region of Tigray was another clear example of why protection services are “urgently needed”, with nearly 44,000 fleeing to neighbouring Sudan, and reports of militias targeting civilians.

The global pandemic has put more than 400 million people in need of assistance this year, with $40 billion required to fund services like food aid, sanitation and education, said the U.N. Office for the Coordination of Humanitarian Affairs (UNOCHA).

Within that funding pot, protection services needed $1.8 billion in 2019 to support 54 million people at the highest risk, but the sector only received 39% of its requirements as aid budgets tighten due to the pandemic, the NRC report said.

Women and girls caught in conflict or uprooted by war are often the most vulnerable to sexual exploitation, abuse and trafficking, the aid groups said.

In West Africa’s Sahel region, one of the world’s biggest humanitarian crises where 24 million people are in need of aid this year, women and girls have been selling sex to survive, with child marriage and exploitation on the rise, NRC said.

Nearly 80 million people worldwide, or 1% of humanity, were uprooted at the end of 2019 after fleeing wars or persecution, according to the United Nations.