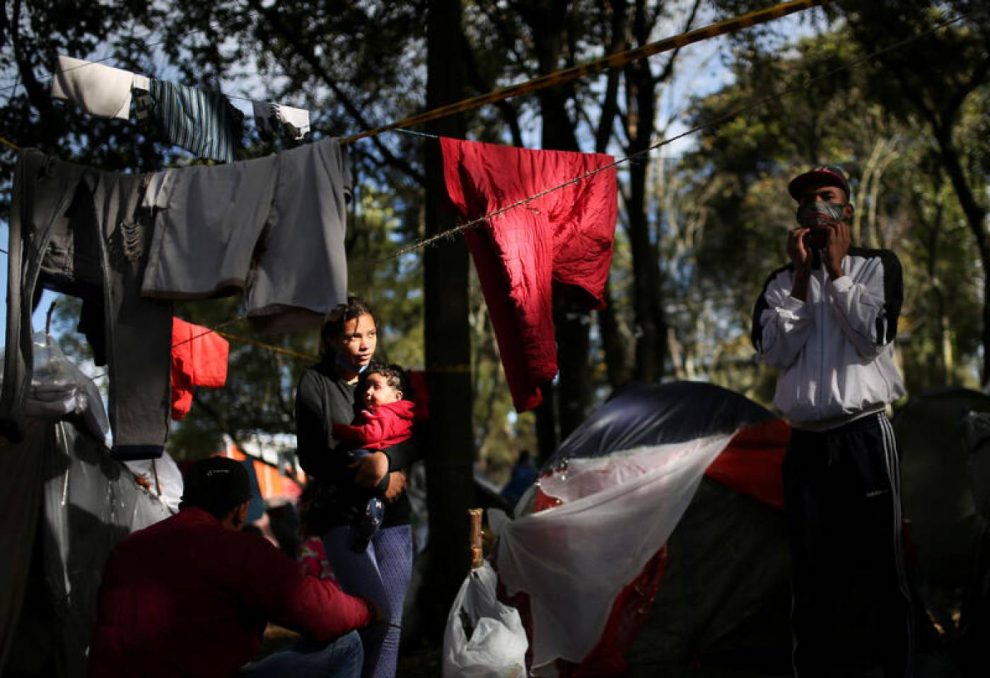 BOGOTA: From Bogota to Athens, the coronavirus pandemic has revealed pockets of once invisible urban poverty, prompting some mayors to target the cities’ poorest for new health and welfare measures, a top health official said on Thursday.

About half of the world’s population live in urban areas and city mayors are on the frontline of the COVID-19 response, often deciding when to introduce and lift lockdowns and taking responsibility for the running of hospitals.

“Nowhere has the impact of this virus been more evident than in urban areas,” Tedros told a virtual conference hosted by the Partnership for Healthy Cities, a global network of 70 cities.

“Bold action by city leaders has and will continue to impact the global pandemic response,” Tedros said.

Poverty rates in the capital of 7 million people have risen to 26% this year up from 15% in 2019, and unemployment has roughly doubled to 19% in a city where about half work in the informal economy, Lopez said.

But the pandemic has allowed city hall to identify and target “hidden poverty” in a “very unequal city”, Lopez said.

For the first time, the mayor’s office is directly funding monthly cash transfers to about 7,000 homes, a measure that will continue for the remaining three-years of her term, she said.

In Athens, mayor Kostas Bakoyannis said city hall has focused on providing healthcare and food for the most in need.

“For us the priority lies with those who actually are the most unfortunate … those who are invisible,” Bakoyannis said.

During the lockdown, Athens city hall set up a new shelter for the homeless housing up to 400 people, a shelter for drug addicts, and has delivered food and medicine door-to-door to tens of thousands of residents, he said.

“We have tried to relate to those who are under the radar,” Bakoyannis said.

“The pandemic actually brings into fore the structural injustices that exist within our cities, the poverty pockets .. and that is where we are obliged to put the most attention.”

COVID-19 test centres have been established in the city’s poorest neighbourhoods and mobile test units target areas with the highest rates of coronavirus cases, he said.

In Uganda’s capital of Kampala, deputy lord mayor Doreen Nyanjura said the hardest decision was putting three million people under lockdown in a city where most people rely on daily cash-in-hand earnings to buy food and pay rent.

“Our residents had to choose either dying because of hunger or COVID-19 – and of course as leaders we couldn’t let our people go hungry,” Nyanjura said.

City hall distributed food parcels to those residents most in need. “That at least helped them to survive,” she said.