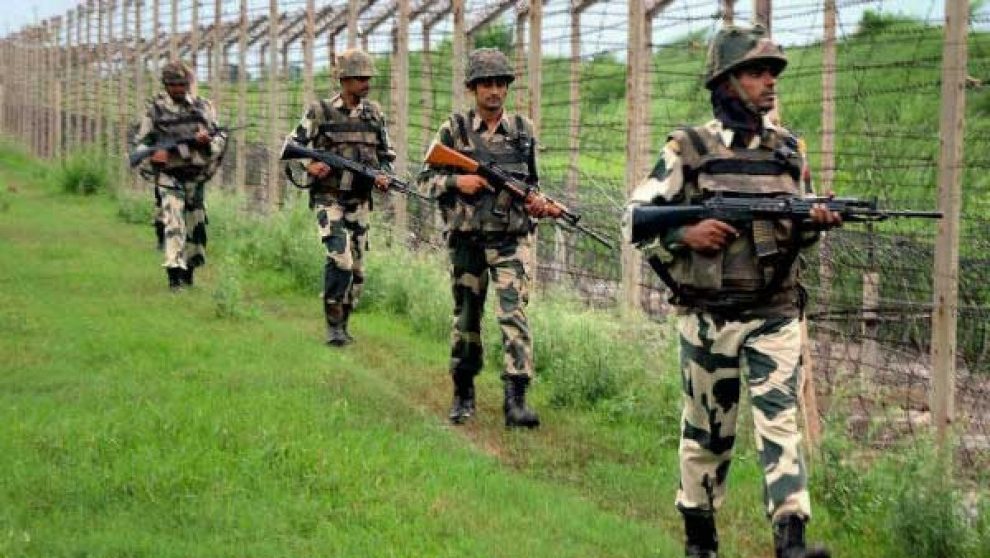 Jammu: The BSF on Wednesday claimed to have foiled a major narcotics smuggling bid along the International Border (IB) in Jammu and Kashmir’s Kathua district and said it had gunned down a Pakistani smuggler during the operation.

Officials said 27 kg of heroin worth about Rs 135 crore in the international market was recovered by the Border Security Force (BSF) during a search of the area.

During the early hours of Wednesday, the troops of BSF Jammu thwarted a narcotics smuggling attempt by Pakistani smugglers along the IB in Kathua, he said.

The troops noticed some suspicious movement on Pakistan’s side of the border. When the Pakistani smugglers tried to enter Indian territory, they were challenged and fired upon, he added.

“During the search of the area, the body of a Pakistani smuggler and 27 packets of heroin were found near the fence. The approximate value of the seized consignment is about Rs 135 crore,” the spokesperson said.

“Narco-terrorism angle cannot be ruled out in this case,” he said.

The spokesperson pointed out that earlier on January 23, the BSF had detected a 150-metre underground tunnel, which was meant to facilitate the infiltration of terrorists from Pakistan for carrying out subversive activities, in the BOP Pansar area.