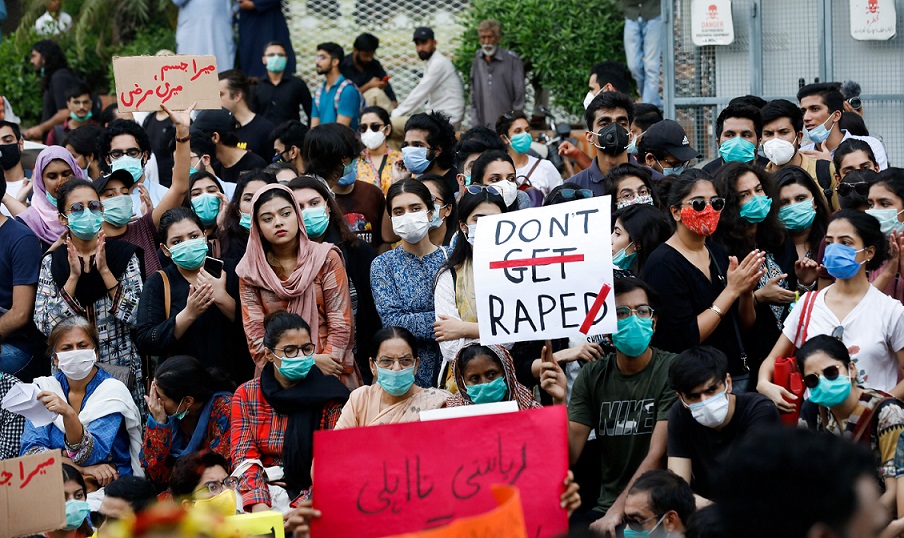 LAHORE: Pakistan introduced a rape law on Tuesday that will create special courts to try cases within four months, after protests over the gang rape of a woman whose car ran out of fuel.

The presidential decree also provides for anti-rape cells to provide medical examinations within six hours of a complaint being made and creates a national sex offender registry.

“The ordinance will help expedite cases of sexual abuse against women and children. Special courts will be set up across the country to expedite trials and cases of rape suspects as soon as possible,” President Arif Alvi said on Twitter.

“A register of perpetrators of rape will be prepared at the national level. The ordinance prohibits the identification of rape victims and makes it a punishable offence,” he added.

Pakistan has been debating harsher punishments for sex offences following public indignation over high-profile cases, including the September rape of a woman beside a major road who had been driving with her two children.

Two men were arrested in October and are being held in remand.

Lawmakers had considered introducing public hanging of those convicted of the sexual abuse and murder of children but the prime minister said in September that it could have cost Pakistan preferential trade status with the European Union.

Instead, Imran Khan said he would propose chemical castration of those convicted in the most brutal rape cases.

Fewer than 3% of sexual assault or rape cases result in a conviction in Pakistan, according to the Karachi-based group War Against Rape.

The Anti-Rape Ordinance will be valid for four months as it awaits parliamentary approval. The text of the decree has yet to be released but the justice minister earlier said that penalties would include the death penalty and chemical castration.

Women’s rights activists broadly welcomed the law but called for improved policing and prosecution to ensure justice for victims of sexual violence.

“It’s a welcome step,” said Salman Sufi, who has championed legislation to protect women against violence in Pakistan’s most populous Punjab province. “But it is a knee jerk reactive policy after the recent surge in reporting of rape cases.”

He called for the introduction of one-stop justice centres for rape survivors with all-female staff.

Fauzia Viqar, one of Pakistan’s leading experts on women’s rights, called on the government to ensure gender-sensitive investigation and prosecution.

“With such a low conviction rate as 3 to 4%, you are not sending a strong message,” she said.

“The government needs to strengthen the response.”

China accused of forcing 570,000 people to pick cotton in Xinjiang
Western U.S. wildfires cost insurers up to $13 billion in 2020
Comment