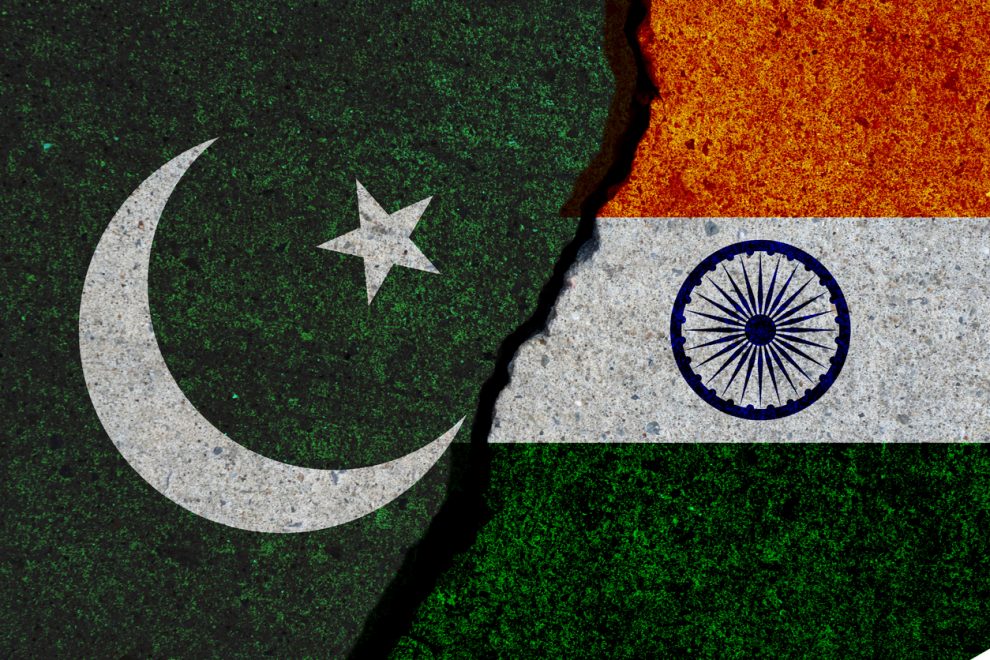 The Dispatch Staff
Add Comment
The Indian diplomat was on Thursday night told about the alleged violation of its airspace by an Indian-origin super-sonic flying object which entered into Pakistan from Suratgarh' in India at 6:43 PM (local time) on March 9, the Foreign Office said in a statement issued after midnight.

Islamabad: Pakistan has summoned India’s Charge d’Affaires here and conveyed its strong protest over the alleged unprovoked violation of its airspace by an Indian-origin super-sonic flying object and sought a thorough and transparent investigation of the incident.

The Indian diplomat was on Thursday night told about the alleged violation of its airspace by an Indian-origin super-sonic flying object which entered into Pakistan from Suratgarh’ in India at 6:43 PM (local time) on March 9, the Foreign Office said in a statement issued after midnight.

The object later fell on the ground near Mian Chunnu city in Pakistan’s Punjab province at around 6:50 PM on the same day, causing damage to the civilian property.

The Indian diplomat was conveyed that the imprudent launch of the flying object not only caused damage to civilian property but also put at risk human lives on ground, the Foreign Office (FO) said.

Besides, the flight path of the flying object endangered several domestic/international flights within the Pakistani airspace and could have resulted in a serious aviation accident as well as civilian casualties, it said.

There was no immediate reaction from the Indian side.

The Indian Cd’A was told to convey to the Government of India Pakistan’s strong condemnation of this blatant violation of Pakistani airspace in contravention of the established international norms and aviation safety protocols, the FO said.

Pakistan also asked India for a thorough and transparent investigation of the incident, the outcome of which must be shared with it.

Moreover, the Government of India is cautioned to be mindful of the unpleasant consequences of such negligence and take effective measures to avoid the recurrence of such violations in future, said the FO.

Separately, Pakistan Army spokesman Major General Babar Iftikhar said that on March 9, a hi-speed flying object was picked up inside the Indian territory by the Air Defence Operations Center of the Pakistan Air Force.

Pakistan strongly protests this flagrant violation and cautions against recurrence of any such incident in future, he said.

From its initial course, the object suddenly maneuvered towards the Pakistani territory and violated the Pakistani air space, ultimately falling near Mian Channu, Khanewal district of Punjab at 6:50 PM, also damaging some civilian property but no loss or injury to human life was caused.

PAF continuously monitored the complete flight path of the flying object from its point of origin Sirsa in India till its point of impact near Mian Channu and initiated requisite tactical actions in accordance with standard operating procedures, he said.

It is important to highlight that the flight path of this object endangered many international and domestic passenger flights both in Indian and Pakistani airspace as well as human life and property on ground, according to the spokesperson.

He said India should explain whatever caused this incident to happen, which showed their disregard for aviation safety and reflects very poorly on their technological prowess and procedural efficiency.

Ties between India and Pakistan nose-dived after a terror attack on the Pathankot Air Force base in 2016 by terror groups based in the neighbouring country. Subsequent attacks, including one on an Indian Army camp in Uri, further deteriorated the relationship.

The relationship deteriorated after India announced withdrawing the special powers of Jammu and Kashmir and bifurcation of the state into two union territories in August, 2019.

India’s move to revoke the special status of Jammu and Kashmir in 2019 outraged Pakistan, which downgraded diplomatic ties and expelled the Indian High Commissioner in Islamabad.

It also snapped all air and land links with India and suspended trade and railway services.