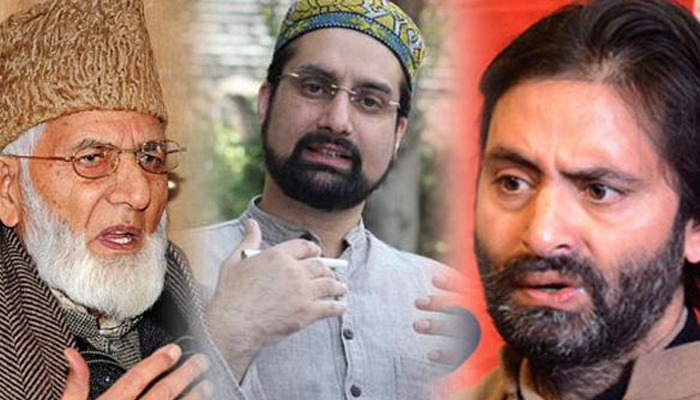 George Santayana aptly said, “Those who cannot remember the past are condemned to repeat it.” It seems that the lessons from the history contain no meaning for the Separatists in Kashmir. They fail to realize that their anti-India activities and utmost support in the execution of Pakistan’s proxy war in Kashmir, is paving a way to their peril. It is high time to remind them of the atrocities inflicted by Pakistani orthodox army upon thousands of innocents in East Bangladesh, Baluchistan, Gilgit Baltistan and the minorities persecuted in Pakistan.

Pakistani political and religious leaders are not least concerned about the people of their own religion; they do not hesitate the least in drawing such policies and implementing such laws which trample the betterment of the natives but fulfill the selfish motives of the Pakistani elite class. On surface Pakistan tries to hype the fake narrative of injustice taking place against Muslims in Kashmir through various social media platforms.  But in reality, it is executing this same fake narrative of injustice in Gilgit Baltistan. Instead of the fact that Shias of Gilgit Baltistan are a part of Muslim community, they are consistently persecuted by the Sunnis of mainland Pakistan. Musharraf Government used Pathan tribesmen of NWFP and Afghanistan along with its army to suffocate and ultimately silence the protests of Shias. They played the savage dance in the region of Gilgit; the houses of Shias were set on fire; their crops were destroyed; their women were raped; numberless Shias were kidnapped and butchered. Separatists of Kashmir, dreaming either to merge with Pakistan or to make a separate nation, should wake up because their fate will be no different from the Shias of Gilgit.

Nor the Separatists in Kashmir should forget the ugly game of suppression played by Pakistani army in Baluchistan. Pakistani army has been accused for executing genocide in Baluchistan. Whosoever tried to open their mouth in protest was tortured to death. Chief Minister of Baluchistan, Akhtar Mengal, is a stark example. He was imprisoned and was denied the basic human rights. With the increase in the activities of ISI in Baluchistan, there is also an increase in the disappearance of Balochs. Many Baloch student activists, journalists and sympathizers were arrested and gunned down openly. Hamid Mir, a journalist, was gunned by an ISI agent for hosting a program in the region. Sabeen Mahmud, a human right activist, tried to throw light upon the poignant conditions of Baloch; is another glaring example of open assassination. The reckless kidnapping and butchering of Baloch has converted this region into a land of mass graves. Killing and inflicting torture upon Baloch was not sufficient for the Pakistani government; they also exploited the region which is rich in oil and mining. In spite of the ample benefits derived from Baluchistan’s oil and mining, Baluchistan remained the most backward state of Pakistan. So, if the Separatists in Kashmir are so desperate to join Pakistan, then, they should start training themselves to bear repression mutely because the “Freedom of Speech and Expression” that they take for granted in India, does not exist in Pakistan.

There is also a need for the Separatists to recall the year of 1970. We have heard, White formed the colonies and had done cultural, political and economical exploitation of the race of people different from theirs. But for the first time in the history, West Pakistan gave us an example of “internal colony” where it exploited the people of its own religion. The focus of investment and development was simply the West Pakistan; all the foreign aid was distributed in its progression while Bengali speaking Muslims were kept devoid of growth and advancement. When East Pakistan demanded for good share of autonomy, they received the brutality of every from. They killed the civilians, shot down the students and raped the women to instill terror and timidity among Bengali Muslims. It was no less than an attempt to commit it genocide in East Pakistan.

It is also advised to the Separatists not to forget the kind of inhumane treatment given to the minorities of Pakistan. Forced conversion, psychological insecurity, social stigmatization are the landmarks of their so called ideal nation, Pakistan.

The Separatists should stop acting in a disloyal manner towards India and should stop taking advantage of the Fundamental Rights enshrined in the Constitution and Human Rights prevalent on Indian land. They should not check the patience of Indians and their Government; otherwise the day is not far away when Indians will start demanding to parcel the Separatists to their most favourite destination known as Pakistan.

The Article has been written by Ms. Vijaylaxmi who can be reached on [email protected]

Spectre of Reforms: Govt must be realistic
2020: Year the world shut down | Tough, bumpy road ahead
Comment