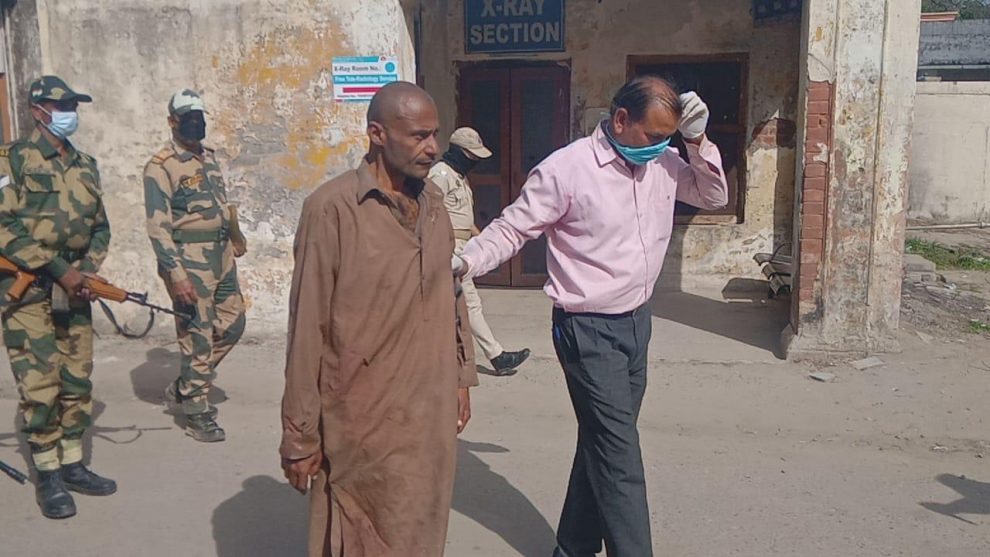 Jammu : A 40-year-old Pakistani man has been apprehended by the Border Security Force (BSF) while he was trying to sneak into the Indian territory through the India-Pakistan border in Jammu, officials said on Tuesday.

They identified the man as Shabbir and said he was making an attempt to cross over from near the border pillar no 942 in the R S Pura area.

“The man was making a desperate attempt to cross the fence. He was warned to stop but he did not pay attention. Subsequently, he was fired upon due to which he got minor injury,” a senior BSF officer said.

The Pakistani man, wearing brown coloured clothes and about 165 cms in height, has been handed over to the police, he said.

During preliminary questioning, he told the police he was 40 years old and his fther”s name is Yusuf.