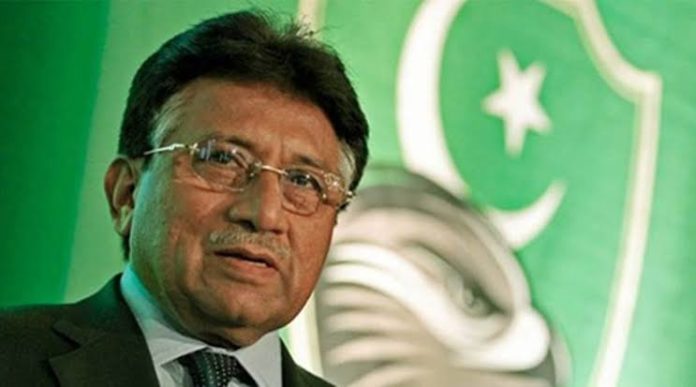 Pakistan’s Armed Forces expressed ‘pain and anguish’ over the sentencing to death of the former military dictator and president General Pervez Musharraf in the high treason case.
“An ex-army chief, Chairman Joint Chiefs of Staff Committee (CJCSC) and President of Pakistan, who has served the country for over 40 years, fought wars for the defence of the country can surely never be a traitor,” the DG_ISPR, the military’s public relations wing said in a statement. It said that the due legal process seemed to have been ignored including the constitution of a special court, denial of the fundamental right of self-defence, undertaking individual-specific proceedings and concluding the case in haste.
“Armed forces of Pakistan expect that justice will be dispensed in line with the Constitution in the Islamic Republic of Pakistan,” the statement read.
The reaction from the army spokesperson came after a special court handed death punishment to the former military dictator for in a high treason case.
The court comprising Peshawar High Court Chief Justice Waqar Ahmad Seth, Justice Nazar Akbar of the Sindh High Court (SHC) and Justice Shahid Karim of the Lahore High Court (LHC) took up the high treason case against Musharraf earlier today.
The special court, earlier this month, had said that it would announce the verdict in the case on December 17. The court on November 19 concluded the trial proceedings in the case against Musharraf for abrogating the constitution and declaring a state emergency on November 3, 2007.
The court was scheduled to announce the verdict on November 28 on the basis of the available record but the Islamabad High Court halted the verdict announcement after Prime Minister Imran Khan-led government filed a petition against the announcement.
Since 2016, Musharraf has been living in a self-imposed exile in Dubai for “seeking medical treatment” and has not returned to the country since. He is wanted by authorities in connection to the case.
The high treason trial of the former leader has been pending since December 2013 when he was booked in the case.
He was indicted on March 31, 2014, and the prosecution had tabled the entire evidence before the special court in September the same year.
However, due to litigation at appellate forums, Musharraf’s trial lingered on and he left Pakistan in March 2016 “to seek medical treatment.”
The former Pakistan President was then declared an absconder as he failed to appear in court despite repeated summons and the court issued a directive to the Federal Investigation Agency (FIA) to arrest him.