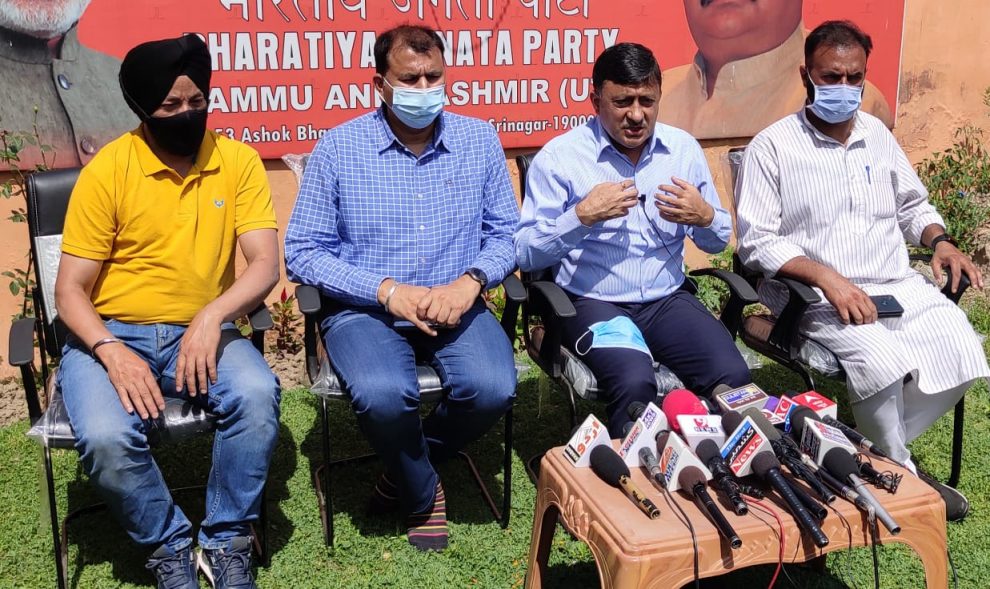 Says PDP worst affected after entering into bonhomie with other parties

Addressing a presser, BJP General Secretary Vibodh Gupta said that Peoples Democratic Party (PDP) was the worst affected after joining hands with other political parties to form PAGD, adding that it was National Conference (NC) that had secured the ground after forging an alliance.

“PDP has realized that it has lost ground after entering into an alliance with other parties and thus has been keeping itself away from PAGD,” he said adding that there is a need to realize that PAGD was formed for political interests.

However, he refused to talk about the Enforcement Directorate’s (ED) summon to Mehbooba Mufti’s mother, saying that only ED can talk about it.

He further added that Kashmir since 1990 has witnessed only militancy, stone-pelting and other things and those responsible should seek forgiveness from the people.

“Kashmir is heading towards peace. Stone pelting has almost ended. Militancy is about to end. Chart of shutdowns by separatists have also ended. The hotels are jam-packed. It is a happy moment for the people of Kashmir,” he said.

He added that there was a time when the people in Kashmir used to talk about Yasin Malik, Shabir Shah, but the situation has changed as they are now talking about Prime Minister Narendra Modi.

Such is the situation that even a minor girl is sharing her complaint with the Prime Minister through a video, which went viral recently, he added.

Asked about the unemployment, he said that the issue can be resolved only after the private sector witnesses an increase here—(KNO)