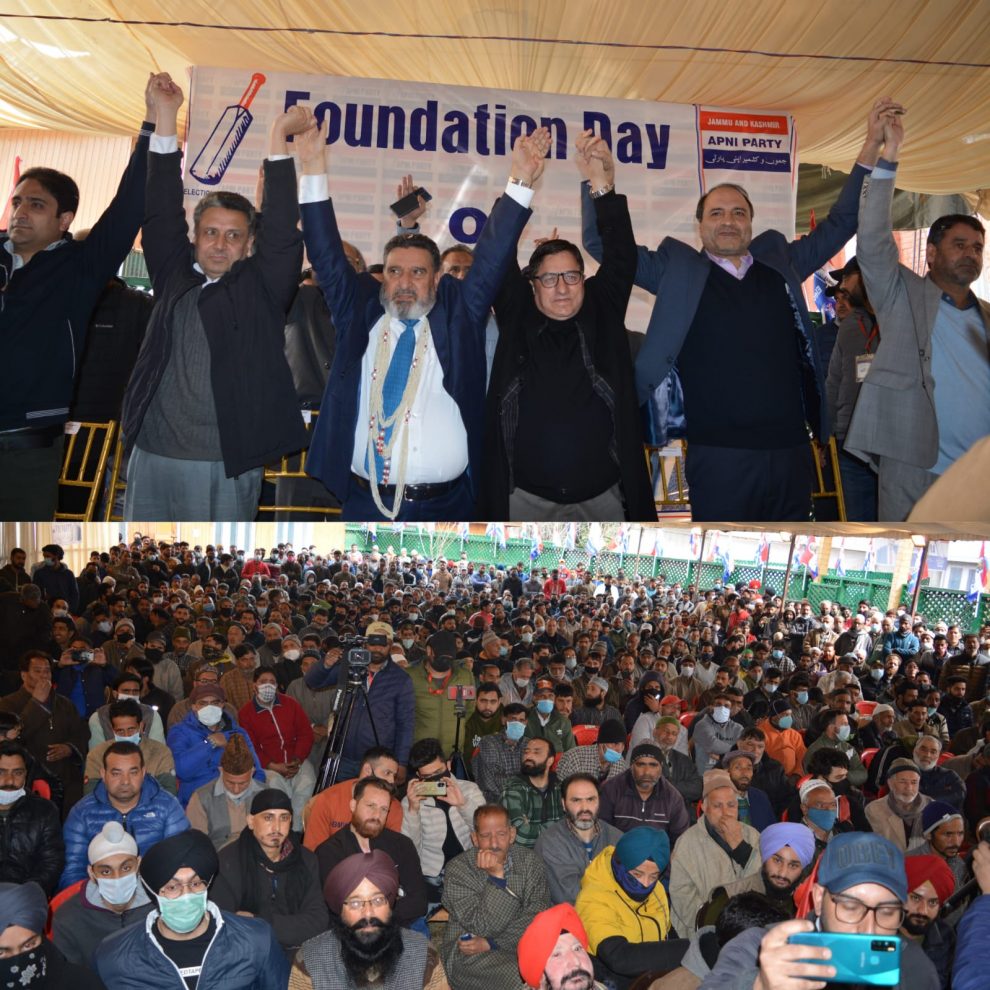 SRINAGAR: Former minister and president of Apni Party, Syed Altaf Bukhari Wednesday that Peoples Alliance for Gupkar Declaration (PAGD) are against the conglomerate but against their blatant lies.

Addressing a news conference on the occasion of the party’s foundation day, Bukhari said,“PAGD is misleading people that Article 370 and Statehood will be restored by them, but the fact is that even the assembly can’t restore the statehood and special status,” he said, adding that the conglomerate is trying to show unity by meeting after every three-four months, but the time will come when they will expose each other very badly.

He added that the panel didn’t even cover the ground in Jammu and Kashmir, saying that just two days were not enough to come up with facts and make a report. “I believe that the panel has not even covered the ground. The commission should have spent at least 2-3 days in one district to talk to the people on the ground,” he said.

He said that the identity of the Jammu and Kashmir people has been robbed on August 05, 2019, and the party has already termed the day as black day. “We as Apni Party have never made any promises with the people, which are impossible. We understand the pain of a common man as we have not come from the elite political class, but have come from the common masses,” he said.

Bukhari also demanded early elections in Jammu and Kashmir, saying that the grievances of people are piled up and only the elected government can bring respite to the people from the present situation where they face hardships in getting their issues resolved—(KNO)