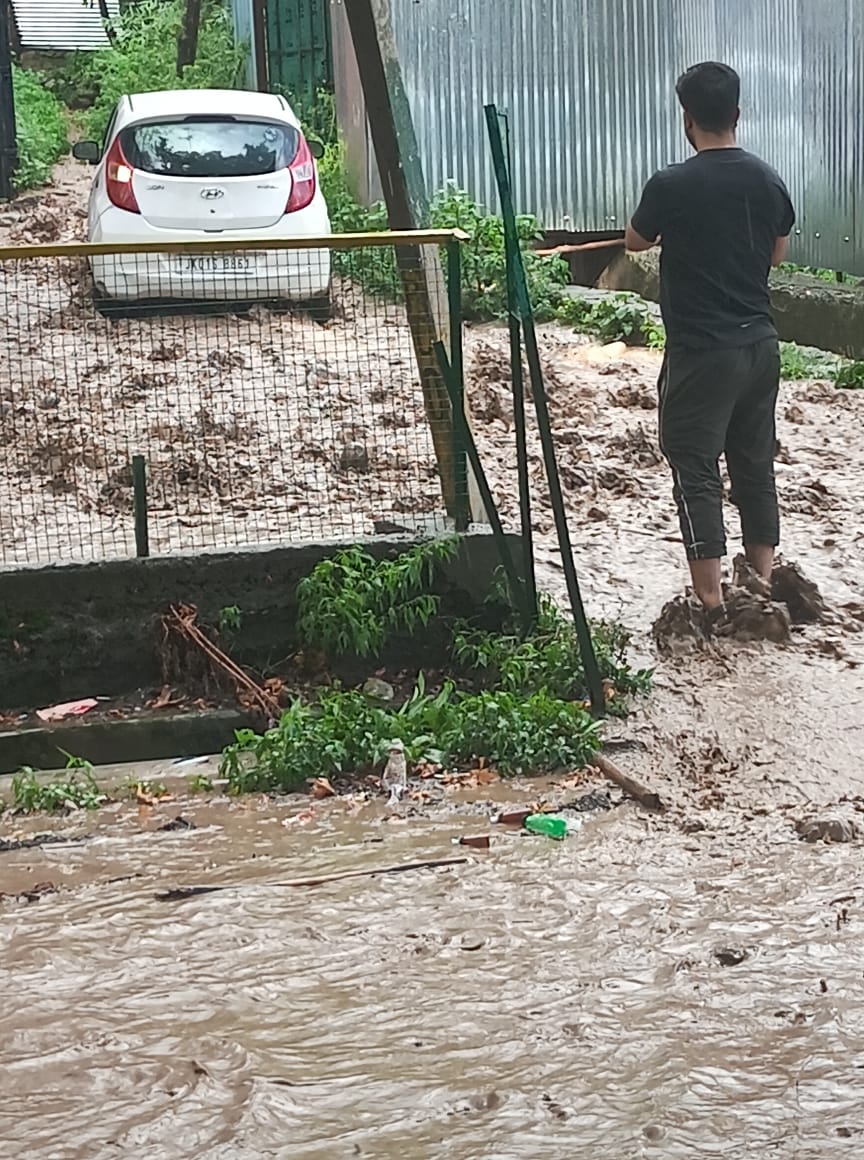 SRINAGAR: The road connectivity between the main town Ganderbal and Kangan has got snapped in the aftermath of a breach of the Padshahi canal at Nunner amid ongoing incessant rains.

Reports said that the heavy water flow witnessed in consequence to the breach in Padshahi canal washed away a major part of the road, forcing a complete halt in the vehicular traffic movement along Ganderbal-Kangan road.

An official told that teams are on spot to assess the situation. “Measures are being taken to make the road motorable sooner than later,” he said, adding, “We urge the people to show patience.”

Local reports suggest that there were heavy rains in Chanhar-Gultibagh area, leading the high flow in the river and subsequent breach in the canal. However, officially it was not confirmed immediately. There are also reports about water entering many houses as well as damaging orchards and paddy fields. Official confirmation as regards these reports is also awaited.

Meanwhile, flashfloods have washed away an under construction bridge between Deedar Pora and Laam in Tral in Pulwama. (GNS)