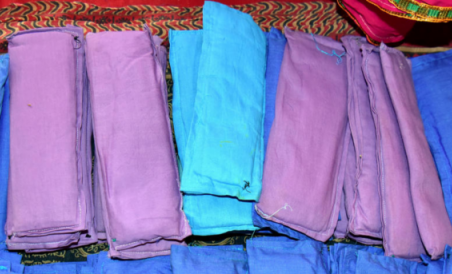 BHUBANESWAR: Indian peace activists have come up with an unusual way to engage with leftist fighters waging a decades-long insurgency in one of the country’s poorest states – send them sanitary napkins.

Women make up a large proportion of the guerrillas fighting government forces in the jungles of central and eastern India, an intractable conflict that one former prime minister called the biggest internal security challenge since independence.

Numbering in the tens of thousands, they say they are fighting for the rights of poor farmers and landless labourers.

This month, a group of activists in the central state of Chhattisgarh called the New Peace Process began distributing reusable napkins and menstrual cups to about 2,500 women fighters in a bid to engage them in peace efforts.

“Can we break violence and start talking? We are trying to create an environment against violence and violent politics and bring peace,” organiser Shubhranshu Chowdhary told the Thomson Reuters Foundation.

“The activists believe that once these women convince their male counterparts, the process of engaging with the peace process may become possible.”

Chowdhary said the idea, timed to coincide with the Diwali festival, was inspired by a scheme to engage rebels in Colombia by sending them Christmas presents.

Indian police, often the targets of attacks by the guerrilla fighters known as Naxalites after the village in West Bengal state where the movement began, gave a guarded response.

“From the state point of view, we would engage if someone totally discards violence and comes back to the national mainstream,” said senior police officer Sunderraj P.

“At the same time, if someone is still fighting inside the jungle against the state, we cannot afford to make their lives so comfortable.”

Many Indian women lack access to sanitary products – a government health survey in 2015/16 found only about one in three used napkins, while the rest made do with rags.

Sneha Mishra, secretary of women’s rights group Aaina, welcomed the initiative but said any such outreach programmes should include the government.

“The initiative is good, and the women are much more disadvantaged, but civil society organisation must speak to the government,” she said.