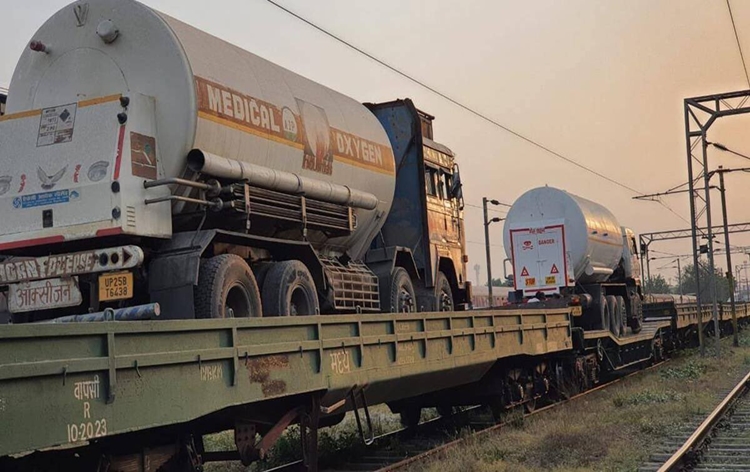 Railway Ministry has said that Oxygen Expresss will deliver a record 250 tonnes of liquid medical oxygen to Delhi, Telangana and Uttar Pradesh by today. Accelerating its pace of delivering liquid medical oxygen to various states, Indian Railways has delivered more than 813 tonnes of Liquid Medical Oxygen in 56 tankers to various states across the country.

According to Railway, 174 tonnes of liquid medical oxygen have been delivered to Maharashtra, more than 356 tonnes to Uttar Pradesh, over 134 tonnes to Madhya Pradesh, more than 79 tonnes to Haryana and 70 tonnes to Delhi. The Ministry said, 14 Oxygen expresses have already completed their journey and five more loaded Oxygen express are on the run carrying 342 tonnes of oxygen.