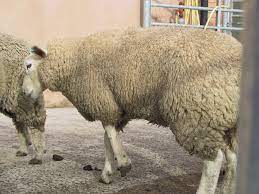 BANDIPORA:  Foot-and-mouth disease (FMD) has affected around 9520  livestock at Gurez valley in north kashmir’s Bandipora district while concerned department is taking all the preventive measures contain it from spreading further.

Details available with news agency revealed that around 9520 FMD cases among livestock have been reported across Bandipora district, of which 651 have been recovered so far.

The data reveals that around 25,079 livestock have been vaccinated while 22 animals died due to the disease.

“So far most of cases have been reported in Gurez Tehsil. We have already sent our four teams to the affected place and they are working hard to prevent the disease among livestock,” an official said.

An official said that the first case was confirmed through RTPCR test which was done at disease Investigation laboratory Nowshara, Srinager 15 days ago.

“AS of now we have formed four teams who have started vaccination among livestock in remote areas of Gurez valley, ” he said.

District sheep husbandry officer Bandipora, Dr Showket Ahmad has said that he is personally monitoring the situation in Gurez and all possible steps are being taken to prevent this disease.

“I am stationed at Gurez to monitor the situation and has also directed the field staff to visit the spots where most cases have been reported,” he said.

“Department is taking all preventive measures to prevent the disease from further spread to safeguard the livestock. We have also vaccinated the unaffected livestock and have started the treatment of the livestock which has contracted FMD,” he said.

Showkat said that the reason behind spreading of FMD among livestock in far off areas was due to the migration of Bakerwalas who have been coming from different parts of the UT for grazing of livestock. “Bakerwals who have come from Rajouri, Poonch and other parts of Jammu and Kashmir have been the main reason for transmitting the FMD disease among the livestock in far off places like Gurez,” he said.

The statement reads that the team conducted postmortem of some diseased animals and took samples from oral lesions of affected one’s in viral transport medium for further confirmatory laboratory diagnosis. “Besides mass awareness was given to sheep breeders for taking preventive measures to control spread of disease,” it said—(KNO)