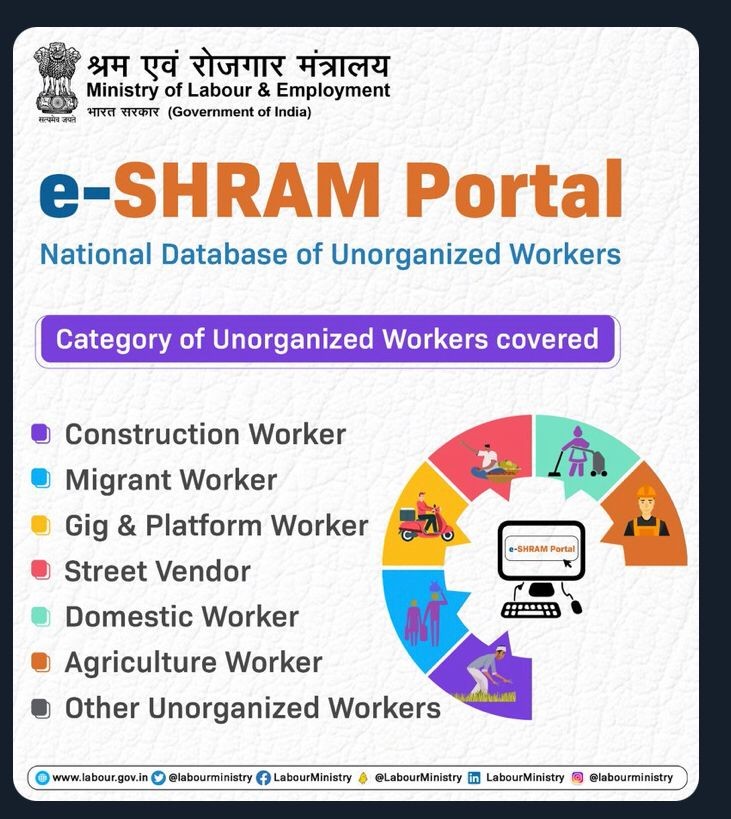 SRINAGAR OCTOBER 19: – In order to review the implementation and registration of unorganized workers on National Database for Unorganized Workers(NDUW)-e-SHRAM portal in Srinagar district, the District Development Commissioner(DDC) Srinagar, Mohammad Aijaz Asad, who is also the Chairman of District Level Monitoring Committee(DLMC) Monday chaired a meeting of concerned Officers at Meeting Hall of DC Office Complex.

Speaking on the occasion, the DDC said e-SHRAM portal launched by the Government is aimed at facilitating better execution of various Social Security schemes for all unorganised sector workers. He said the portal will not only register more than 3 lakh unorganised workers but also be helpful in delivering various social security schemes being implemented by the Government.

The DDC said it is the initiative of the Union Ministry of Labour and Employment for building a national database of unorganised workers and is an effort towards formalisation of unorganised workforce that will help to identify unorganized sector workers of about 3.29 lakh and is a much-needed step towards ensuring benefits of all Government Security schemes reaches to the targeted workers and their families.

The DDC stressed the officers to ensure holding of regular registration camps at the district and CSC level for the unorganised workers. He said such awareness camps would prove helpful to disseminate Information, Education and Communication (IEC) amongst the prospective beneficiaries of e-SHRAM and their implementation through the Labour and Employment department and other official machinery.

The DDC also stressed the representatives of various Workers Unions and Associations present in the meeting to convince and mobilise their respective members to register under the e-SHRAM portal to get benefits of Government schemes.