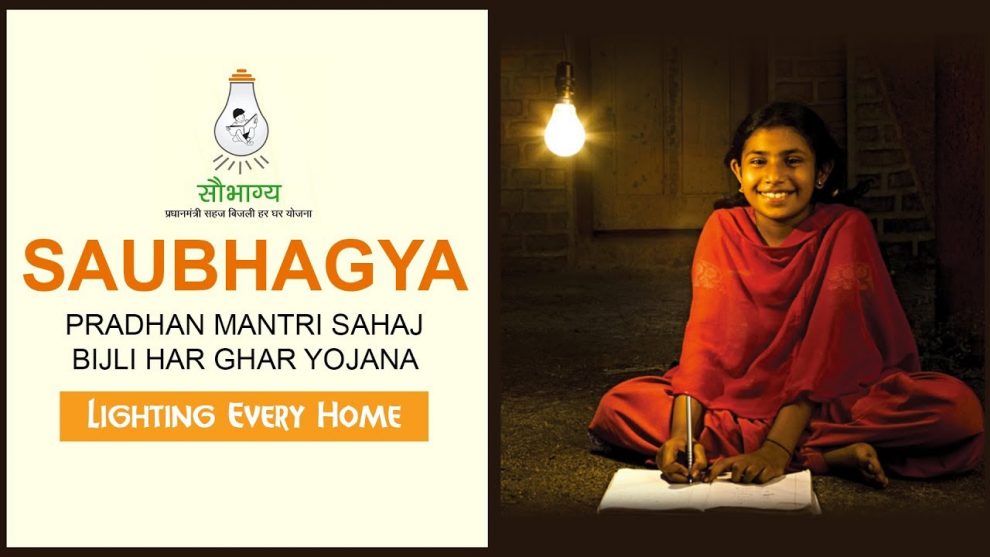 The Dispatch Staff
Add Comment
In 2017, Saubhagya was launched with the objective of achieving Universal Household Electrification in the country through last-mile connectivity and providing access to electricity to all un-electrified households in rural areas and poor households in urban areas.

Jammu: Jammu and Kashmir has achieved another milestone under the Pradhan Mantri Sahaj Bijli Har Ghar Yojana Saubhagya with the union territory accomplishing the 100 percent target of rural electrification, officials said on Wednesday.

They said the administration has proactively worked in ensuring electrification to every village which is visible from the fact that almost 3,57,405 households have been electrified in the whole of the union territory.

J-K has also received a reward of Rs 100 crore from the central government for achieving the target of 100 percent electri?cation ahead of the timeline, the officials said.

They said Jammu and Kashmir is faced with many natural barriers like mountainous terrains and tough topography of the region and providing energy access in these hard locations was a distant dream just a couple of years ago.

For the first time, they said, after 73 years of independence, Saddal in Udhampur district and Ganouri-Tanta village in Doda district saw the light of an electric bulb.

Remote villages in the Kellar area of south Kashmir’s Shopian district had only heard of electricity but the Saubhagya scheme lightened up their lives when they witnessed electricity in their homes, the officials said.

Similarly, they said, villagers in far flung and hilly border areas of Nowshera sub division in Rajouri are experiencing a big transformation in their lives after receiving electricity under the government’s Saubhagya scheme. This area was deprived of power supply from the last seven decades, they added.

“We are grateful to the government for launching ambitious schemes like Saubhgya which have made our lives comfortable and convenient. Earlier, our children could not study due to lack of electricity. We had to go to another village to get our mobile phones charged,” said Abdul Hamid, a resident from the area.

In 2017, Saubhagya was launched with the objective of achieving Universal Household Electrification in the country through last-mile connectivity and providing access to electricity to all un-electrified households in rural areas and poor households in urban areas.

While launching the scheme, Prime Minister Narendra Modi had pledged to provide access to electricity and work towards equity, efficiency and sustainability in the new age India.

Under the scheme, distribution companies (DISCOMs) organised camps in villages or clusters of villages to facilitate on-the-spot filling up of application forms including the release of electricity connections to households, the officials said.

According to the data, with a 100 percent electrification target being achieved, the administration’s focus is now to provide consistent electricity at affordable rates, power tariff reforms, last-mile connectivity and electricity connections to all households in rural and urban areas, they said.