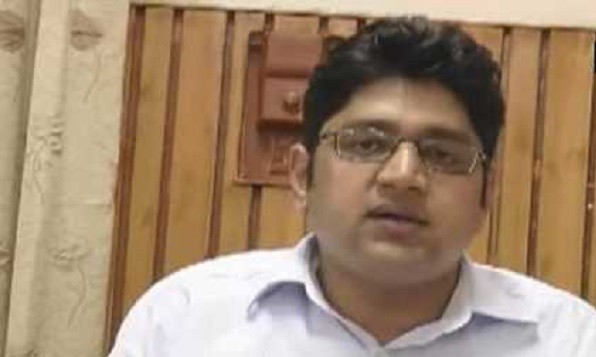 FacebookTwitterPinterestWhatsApp
Jammu: Over 200 doctors from different parts of the country would organise over 100 medical-cum-Covid awareness camps during a five-day programme, starting Saturday, in border areas of the Jammu region, an official spokesperson said.
Jammu Divisional Commissioner Raghav Langer flagged off the ‘Rishi Kashyap Swasthya Seva Yatra’ organised by the National Medicos Organisation (NMO), the spokesperson said.

During the five-day campaign from September 18 to 22, the teams would organise a total of 105 medical-cum-Covid awareness camps in the border and remote areas of the Jammu region from Poonch to Kathua.

The main objective of the camps is to provide health services to the border residents at their doorsteps. In the camps, the locals will be provided with free medicines, free blood sugar and BP check-ups besides awareness on COVID-19 and the prevention of a possible 3rd wave, the spokesman said.

The NMO is a leading pan-India organisation of qualified doctors and medical students, functioning throughout the country.

It has been organising health camps in J&K for the last seven years under Rishi Kashyap Swasthya Seva Yatra, a unique and one of its kinds of an event aiming at connecting with people of far-off areas and providing medical services at their doorsteps, the spokesman said.

The divisional commissioner appreciated the efforts of the MNO and others who have organised these camps in rural and border areas of Jammu and Kashmir to solve the basic health issues of people at their doorsteps and in bridging the gaps by creating awareness general public about the prevention of various diseases and their treatment.

He especially recognised the efforts of doctors from various states for providing their free and selfless services to the people of Jammu and Kashmir.