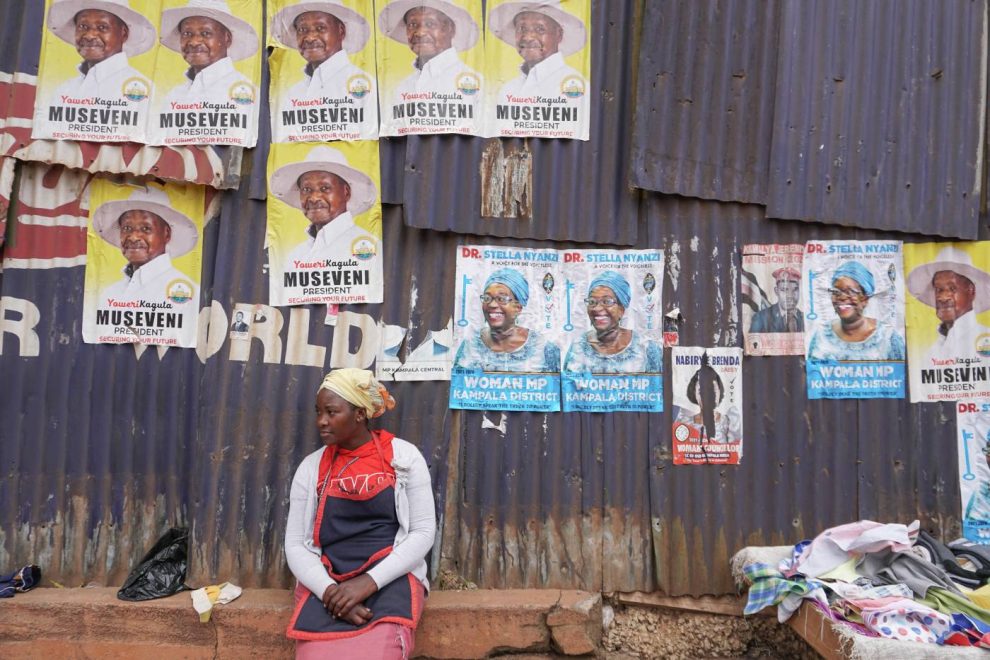 Today, as Museveni bids to extend his 34-year rule in a Jan. 14 election, Nyanzi is running for parliament – drawing on her experience as an activist to rally support and spotlight deep gender inequalities in the East African country.

“Women’s rights are important but we can never begin to tackle them if we have a patriarch in power,” Nyanzi, who has a huge social media following due to her bold and often risqué anti-government criticism, told the Thomson Reuters Foundation.

“In a new regime, I might be disappointed. Because I don’t think all the people involved in the liberation struggle are necessarily feminist or interested in women’s rights,” said Nyanzi, 46, whose conviction for cyber-harassment was quashed on appeal in February.

“But I know for certain the solutions are not with the incumbent regime,” she added.

A third of Ugandan women are married before they turn 18 and almost 30% have experienced physical or sexual violence, according to UN Women. They also face barriers to access sexual and reproductive healthcare, and under half use contraceptives.

Addressing a conference in Kenya last year, Museveni pledged commitment to working for gender equality and tackling issues such as child marriage and gender-based violence.

He has enacted policies aimed at boosting women’s opportunities, such as giving female university candidates bonus entry points, but Nyanzi said such measures had mainly benefited women from an urban elite.

Museveni’s senior press secretary, Don Wanyama, accused Nyanzi of telling “lies” about the president’s record on women’s issues but declined to comment further on her remarks.

Campaigning for Uganda’s election has been overshadowed by deadly clashes between police and opposition protesters that erupted last month following the arrest of prominent opposition presidential candidate Bobi Wine.

As protesters blockaded streets and burnt tyres, police and soldiers officers fired teargas, live bullets and water cannons. More than 50 people were killed in the unrest.

As voting draws near, Nyanzi spends her days canvassing support in the busy streets, markets and informal settlements of the capital, Kampala, where she is contesting a parliamentary seat reserved for women candidates.

She described the city as “a beautiful place where women do all sorts of jobs”, but said much needed to change to make it more women-friendly.

Representing the main opposition Forum for Democratic Change party, she pledged to champion women’s needs if elected – from ensuring female street vendors can work without being harassed by police to installing more public toilets suitable for women.

“For men, it is easy to take a leak standing wherever they want in the city. For women, it’s very difficult. The urban planners were not thinking about gender,” said Nyanzi, who is an anthropologist focused on African sexuality and gender issues.

The government’s response to COVID-19 has demonstrated the male-dominated focus of policymakers, she said.

No provisions were made for street children or sex workers under the country’s coronavirus curfew, which runs from 9 p.m. to 6 a.m., leaving them unable to find a safe place to shelter or earn an income, she said.

Army distributions of food aid for poor families were largely given directly to male household members instead of women – resulting in men selling the food for money to buy non-essential items such as alcohol, she said.

“(It was a) very male-driven initiative,” she said. “Nobody was necessarily thinking in terms of gender.”

In the last few weeks of campaigning, Nyanzi said her main focus would be on galvanising opposition support.

“I suggest that we first deal with reclaiming our power back as Ugandans,” she said.

“We must … re-establish a new order. The feminists can join that new order.”