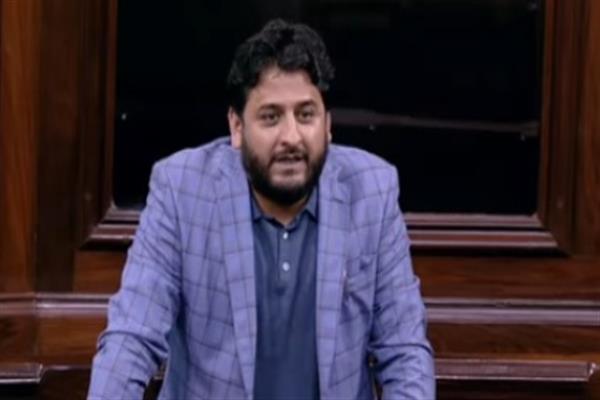 Srinagar, Feb 09: The outgoing Peoples Democratic Party (PDP), Rajya Sabha members Tuesday in a farewell address batted for the restoration of special status to Jammu and Kashmir and early statehood saying that it will strengthen the people’s belief in India.

Addressing the house, PDP MP’s, as per news agency remembered late Mufti Mohammad Syed and recalled his words on sending them to the house with a hope to learn and represent the people of Kashmir valley in the House.

Mir Fayaz in his address said that it is disheartening to see the TV channels calling the mainstream leaders anti-nationals. “We are not able to bear those words despite motivating people towards the mainstream in Kashmir valley,” he said.

“Someone sitting on national TV saying I will unfurl the flag in Kashmir hurts our sentiments. When separatists issued shutdown calls only mainstream leaders used to motivate people and make them understand this is the only way,” Mir said.

Mir highlighted and appreciated the centrally sponsored schemes launched by the BJP led union government benefiting the people across Jammu and Kashmir including the women in remote areas.

Nazir Ahmad Laway in his farewell address said that a strong bond of relationship has developed with the people in different states during his stint as a Rajya Sabha member.

“I will take every possible step to strengthen this country,” he said.

While talking about the absence of representation from Jammu and Kashmir in the house, Laway used Urdu verses saying ‘Ab Tumhary Hawalay Jammu-Kashmir Sathiyo’ adding that it’s for the first time in the past 27 years our region will lose representation in the House.

While referring to militant attacks in Jammu and Kashmir, Laway said that in every family there is a victim. “J&K has got stuck and this House needs to do something to heal and adopt the youth,” he said.

Laway also raised the unemployment issue in the House, saying that the valley was bestowed with the tourism sector only but now that too is in shambles.

“There is a need for human adoption and development including resource development,” he said.

He said that now when Jammu and Kashmir won’t have any members to represent in the House all those present need to work for UT as advocates and resolve the issues.

“I hope the bill to restore statehood for J&K is introduced either today or tomorrow and a promise made by Prime Minister and Home Minister is fulfilled,” Laway said.

Srinagar schools to remain open from Feb-20 for implementation, monitoring of COVID-19 SOP’s
In his farewell speech, Azad prays for the end to militancy in J&K
Comment