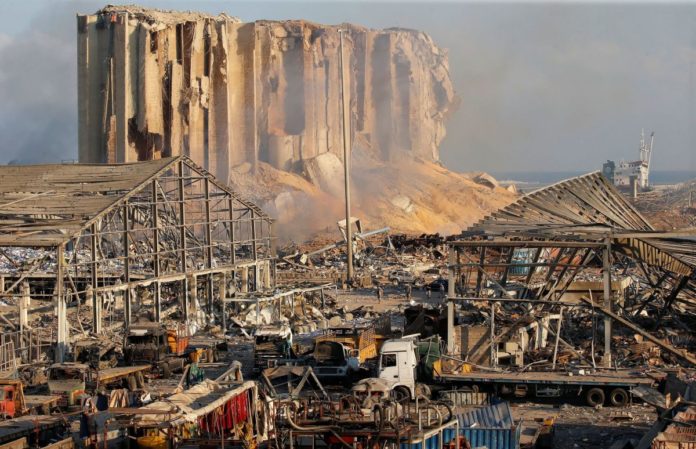 AMMAN: Using social media, hundreds of Lebanese have offered shelter to strangers displaced by a devastating blast, which Beirut’s governor said may have left 250,000 people homeless.

Tuesday evening’s explosion in port warehouses storing explosive material was the most powerful ever to rip through the capital, killing some 110 people, injuring about 4,000 and tearing the facades off buildings and overturning cars.

Using the hashtag #OurHomesAreOpen in Arabic and English, social media users have freely offered up spare beds and empty properties to victims, providing their names, phone numbers and details on the size and location of the accommodation.

“I wanted to do something about it, I was going crazy,” said the founder of the platform ThawraMap, originally used to identify protest locations, which is curating a list of available beds, including free accommodation from hotels.

“Today a lot more people are going to be homeless. They go to their family or friends for a day or two and then what are they going to do?” the anti-government activist told the Thomson Reuters Foundation, who declined to publish his name for safety.

The disaster – which rattled windows about 160km away – has united a city still scarred by civil war three decades ago and reeling from a financial crisis rooted in corruption and economic mismanagement and a surge in coronavirus infections.

ThawraMap, or Revolution Map, has been sharing its shelter list on Twitter and Instagram, along with a map of more than 50 locations offered so far, ranging from people with extra beds in their homes to hotels providing up to 40 rooms.

Lebanon on Wednesday declared a two-week state of emergency in Beirut where some 250,000 people lost their homes in the blast, which has caused $3 to $5 billion in damage, governor Marwan Abboud told local media after taking a tour of the city.

Other city residents have been using the hashtag to make their own offers, with some volunteering transport as well in a painful reminder of the 1975 to 1990 civil war that tore the nation apart and destroyed swathes of Beirut.

“For anyone in need of a house, I have an empty bedroom with an en suite bathroom, welcoming Beirut and its people,” wrote one Twitter user Wajdi Saad.

Others shared contacts of doctors who were available to suture wounds in their clinics as hospitals were overwhelmed.

The crisis has stoked anger against Lebanon’s political elite and raised fears of hunger as it wrecked the main entry point for imports for some 6 million people, including almost 1 million Syrian refugees, according to United Nations figures.

“Beirut is more than cursed,” tweeted one user named Reyna.

“The first morning after the tragedy: nothing in Beirut is in one piece. Not the streets, not homes, not people, nothing.”

President Michel Aoun told the nation the government was “determined to investigate and expose what happened as soon as possible, to hold the responsible and the negligent accountable, and to sanction them with the most severe punishment.”