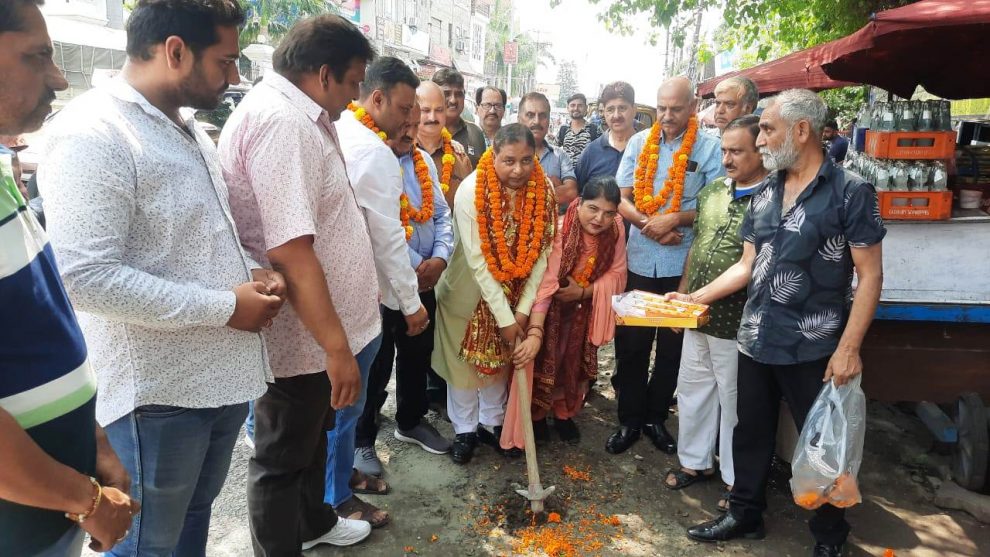 The works will be done under the Smart City project at an estimated cost of Rupees 14 lakhs.

Speaking on the occasion, Sat Sharma said that earlier the place was not properly built and  garbage which was dumped by thousands of locals created a chaos type of situation and it was difficult for the loader to carry garbage sometimes which led to scattering of garbage on the main Janipur road. He said with construction of the area, such problems will not take place in future and a clean aura will be provided to the people. He also stated that only BJP under the leadership of PM Narendra Modi is in regular connect with the masses and are solving their grievances whereas opposition parties are working on only hollow slogans, he added.

Yash Pal and Subash said that this work will solve many basic problems of inhabitants of the area and they thanked Former MLA for providing basic infrastructure to the residents of the ward.

Sunita and Raveesh said that many Central Government schemes were implemented in the ward with the efforts of Former MLA which has changed the lifestyle of the common masses.