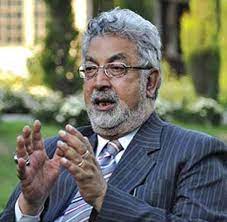 SRINAGAR: Seconding former Jammu and Kashmir chief minister Ghulam Nabi Azad over his statement about Article 370, senior political leader Taj Mohi-ud-din said the group would form the next dispensation in the Union Territory without any alliance, however, if the need arises, the doors will be open for National Conference (NC) only.

Taj Mohi-ud-din in an interview with the news agency said that the party couldn’t be launched due to some issues raised by the Election Commission. “The things with regard to the party launch will be cleared after September 25 when Azad Sahab will visit Jammu and on September 27 in Kashmir,” he said.

He further said that the restoration of Statehood, protection of land, jobs and ensuring peace and prosperity will be the topmost priority of the Azad-led group.

The former Minister also said that not only the Congress leaders but everybody are getting attracted towards Azad. “Let the party be launched, you will see how people will join the party. You will see the change after two months,” he said.

Seconding Azad for his statement on Article 370, he said, “Whatever Azad Sahab has said is based on facts. It is not possible to have a 2/3rd majority in the parliament to restore Article 370 and also the Supreme Court (SC) has not heard the case in the past three years now. We have full faith in the court and are expecting a favourable decision, but one must ask will there be 360 parliamentarians in the future to restore Article 370. If some people want one lakh people to die, then they should continue with making emotional statements over it.”

Asked about the preparations for the assembly polls, he said that the leaders joining Azad have already started the preparations and it is hoped that the new party will emerge as the single largest party. “We hope the majority of seats will be won by us in Jammu as well as in Kashmir. I personally believe that BJP will catch the people unaware and hold the elections in between December and January. On 25th November electoral roll will be issued following which the notification for polls will be issued soon. This is what I expect.”

“We will not need any party for alliance to form the government, but if need arises, the party will be open for the coalition with National Conference (NC) only as it is a secular party. I don’t expect any bonhomie with PDP while there is no question of siding with BJP,” he said, and termed Apni Party and Peoples Conference (PC) as the team of BJP, saying that the coalition with these two parties is also not possible.

“In the initial stage, Altaf Bukhari used to make statements against Azad Sahab, but when the things were cleared to him that Azad doesn’t belong to BJP, he has stopped levelling allegations. Everybody knows Altaf Bukhari is with BJP, if not, then why he has been given Z security and about PC Chairman, the former Governor Satya Pal Malik has also made it clear that he came with six members to form the government, which indicates his position,” Taj said.