Srinagar, Oct 31: The Communist Party of India (M) senior leader M Y Tarigami on Saturday alleged that onslaught by the BJP government at the centre on the basic and democratic rights of the people continued unabated since Jammu and Kashmir Reorganization Act was implemented on this day last year.

He said a State with special status was divided and deprived of its status without any reference to the opinion of its people which is in blatant violation of Article 3 of the Constitution.

The new land laws notified on October 27, like the new domicile rules notified in April, do nothing to assure the people of J&K that their concerns on demographic change are being taken into consideration, he said adding instead the BJP government wants to convey to the people of J&K there that they are completely incidental to its plans for the one-year-old Union Territory.

It is important to understand as to who will buy land in the erstwhile state of J&K now. The new land laws will allow large land sharks and corporate to play their game which will be a ruin of the gains and advancement made by the peasantry and their children over the decades, Tarigami said in a statement here this afternoon.

He said just days after the Centre opened land of J&K for outsiders, the J&K administration has transferred 24 thousand kanals of land to the Industries and Commerce Department for so-called investment purposes while almost an equal land will be notified shortly following clearance from the Forest Department to 65 big corporate houses to set up their units.

Former MLA said the intention to abolish the Constitution of J&K and revoking Articles 370 and 35A was to change the demography of Jammu and Kashmir. Now with such laws everything becomes clearer. From August 5, 2019, the BJP government’s actions in J&K have smacked of hubris, as if to say, “we do what we do because we can”. That may win some elections for the BJP, but it is not a solution to the longstanding problems in Kashmir.

He said even after one year and three months of the legislations pushed through parliament, the people of Jammu & Kashmir are denied their democratic rights as citizens of this country. No political activity is allowed except by the BJP and its organisations. The voice of Kashmir has been forcibly suppressed, he alleged.

There are 23 petitions in the Supreme Court challenging the Centre’s August 5, 2019 decision. It would have been proper for the government to wait for the court to pronounce a verdict on these petitions, last heard in March, instead of creating a fait accompli on the ground.

Tarigami said last year the BJP government choose the birth anniversary of Sardar Vallabhbhai Patel to divide J&K into two union territories. By choosing this date the government is putting in place the Amit Shah formula of manufacturing history and eliminating the truth.  It is a matter of record including from the memoirs of Patel that he was not only a party to, but also involved in the drafting of Article 370.

It was at his residence that on May 15 and 16, 1949 that the discussions on the special status for J&K were held between him, Nehru and Sheikh Mohammad Abdullah.  Subsequently it was Patel along with Gopalaswami Ayyangar, who formulated the draft which finally became Article 370. It was again Patel in the absence of Nehru who was in the US, who piloted Article 370 in the Constituent Assembly.

This year also on the same day, Prime Minister Narendra Modi referred to the abrogation of Article 370 in his speech in Gujarat and claimed that in the past year, Kashmir had joined India in development which is a blatant lie.

The CPI (M) reiterates its strong opposition to the abrogation of Article 370 as well as the division and reduced status of the State of Jammu & Kashmir. The CPI (M) appeals to the citizens of the country to express their solidarity with the people of Jammu and Kashmir and Ladakh against the denial of constitutional and democratic rights for them and reject the Modi government’s false propaganda. 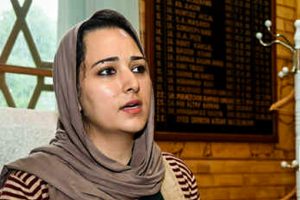 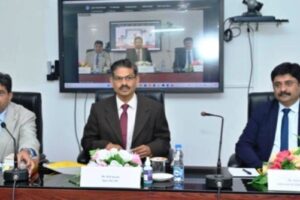 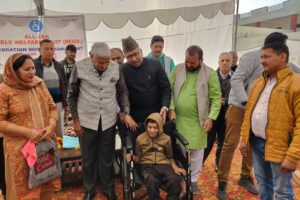