JAMMU: Asserting that democracy, being a battle of ideas, drives its strength from dissent, President Peoples Democratic Party and former Chief Minister Mehbooba Mufti Saturday reiterated that ‘the only way to bring lasting peace in the subcontinent was through the process of dialogue and reconciliation.’

“The mechanisms of coercion and oppression are tested methods, failed to bring any change in the vexed Kashmir scenario. Dialogue and reconciliation has proved effective to end alienation among youth and bring considerable change, paving way for economic upliftment of the society”, Mehbooba said.

Ms Mufti was interacting with over a dozen delegations of party office bearers from twin border districts of Rajouri and Poonch on second day of her ongoing tour of Jammu region.

Entering into an alliance with Bhartiya Janta Party (BJP) after the 2014 elections was the most difficult decision for PDP but it was crucial for an organisation which wanted to resolve the Kashmir issue and facilitate peaceful ties between the two neighbouring countries. “The BJP had to leave the alliance and dissolve the assembly in order to achieve its objectives. We led the government on our terms without compromising on any issue pertaining to the people of Jammu and Kashmir”.

“It was the efforts of than then Chief Minister Mufti Muhammad Sayed that border areas of Rajouri and Poonch witnessed peace for the first time after India and Pakistan agreed on ceasefire in 2003”, she said adding that opening of Poonch-Rawlakote border not only allowed separated families on the both sides to visit each other after decades but also created opportunity for the people to engage in cross-LoC trade.

Referring to the historical decisions of establishing Baba Ghulam Shah Badshah University, Mughal Road, nursing colleges, the PDP president said that Pir Panchal has always been the key focous of her party.

“Cross-Line of Control (LoC) travel and trade was one of the most significant confidence building measures (CBMs) between India and Pakistan and every effort was made during my tenure to ensure that the people-to-people contact goes beyond the divided families.”

The former chief minister said that it was unfortunate how the union government trampled every democratic institution in furtherance of its own political agenda, reversing progress on each front in the troubled Jammu and Kashmir. “The damage has been done beyond repair. Whenever a government is formed in Jammu and Kashmir it will have to start from scratch and regaining trust of people in democracy will be the key challenge for any party coming to power”, she added.

A deputation of Hiranagar met Ms Mufti and was led by Deepak Raina, while Kashmiri Migrant delegation was led by Sunil Bhat. (GNS) 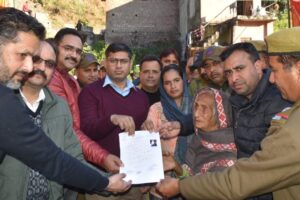 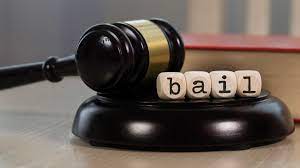