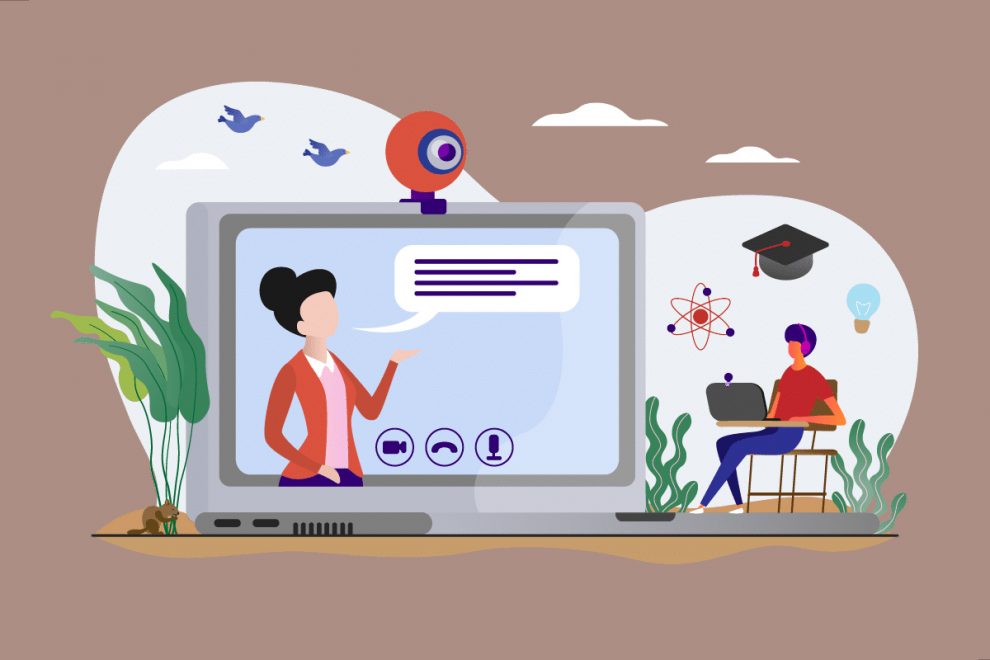 It is universally acknowledged that education is the key to development and higher growth. This means that an educated and socially aware population has the ability to move faster and become part of the development process. However, it is tragic that over decades, education has not effectively reached the poor and economically weaker sections in rural and backward regions of the country due to lack of adequate infrastructure, despite schemes being announced. The Covid-19 pandemic since March-end last year, has made matters worse with teaching methodology going online, depriving a large section its right to education.

While the better-off sections have been responding to online education, the poorer students are lagging behind. The situation remains so since past 15-odd months and worse it’s anybody’s guess when schools and colleges will reopen. The gap between two sections of students is thus widening and may affect the future of backward students in the years to come. The concern of authorities viz this challenging state of affairs, particularly in the northern and eastern States is unfortunately too not serious enough.

As per UNESCO observations, of the 320 million school students in India, only 37.6 million  have been continuing their studies through the online medium. Even after months, government-aided schools have not been able to make the digital transition to the mark. Covid-19 has merely widened the existing educational divide between the rich and the poor. Learning outcomes have vastly deteriorated while additional public expenditure per pupil has been forthcoming. And while it’s an established position in developmental economics that governments must avoid engaging in politics, specially in matters related to educational institutions, the past few years have revealed it is not the case.

On another front, over 80 per cent teachers have found it difficult to maintain an emotional connection with students online and 90 per cent have been unable to assess progress effectively, according to a report by Azim Premji University. Alarmingly, a rapid survey suggested that six per cent of our children are unlikely to return to school in addition to the three per cent who were already out of school.

It has also become more apparent that lack of physical activities and interaction with other students has contributed to children feeling low in addition to impacting their fitness. The absence of the school routine has added to the overall feeling of confusion and anxiety. There is an overall behavioural changes as there is no personal contact with friends, teachers, having to stay at home and uncertainty when normal life will get back. Psychologists are concerned about the onset on anxiety among the younger generation.

Another report revealed that the pandemic is driving more and more children out of school. Last year, the proportion of permanent drop-outs was estimated at 20 per cent — a slide back to 2004. The enrolment gap in primary schools had trebled. Vulnerable groups and regions will lose out disproportionately. There will be a serious learning deficit among those resuming school.

Mention may be made here of an essay ‘Requiem for the Students’ in a recent book ‘Where Are We Now?’ by Italian philosopher, Giorgio Agamben. He regretted the end of student life as a form of existence by saying: “Universities were born in Europe from student associations (universitates), whence derives their name. Being a student was, first and foremost, a form of life, one to which studying and listening to lectures were certainly fundamental, but to which encountering and constantly exchanging ideas with other scholars, who often came from the most remote locations and who would gather in nations according to their places of origin, was no less important”. By seeking to destroy such a form of life for the young generation and by looking at education and learning from a narrow utilitarian perspective, the nation’s leadership has possibly pushed the future of youth in a disastrous direction.

Education patterns thus seem to have impacted universities across. In India, the situation gets worse as school education opportunities are different and discriminatory in the rural-urban divide plus between the haves and have nots. Remember, it is spread of learning outcomes that help in awareness generation, skill development and socio-economic growth and development.

In the recent stimulus announced by the Union government through the BharatNet programme, which seeks to create rural broadband connectivity under Public-Private Partnership (PPP), in future should have been announced before the announcement of the National Education Policy (NEP). This must be seen in relation to the UGC’s latest proposal of ‘blended learning’. Here up to 40 per cent of courses a student takes at the college/university level can be through the virtual digital mode, which is in keeping with the vision of NEP 2020, whereby physical campuses and classrooms are sought to be, wholly or largely, replaced by online entities.

Commentators have rightly pointed out that the UGC’s proposal has demonstrated ignorance to the digital divide that exists at all levels of education in the country. More so, a recent study has shown that nearly 78 per cent of schools in the country still don’t have an internet connection and over 61% don’t have computers!

At the same time, there is also the stark disparity between the North and South region which establishes the fact that higher level of education is reflected in higher per capita income. A  new book titled ‘The Paradox of India’s North-South Divide’ (by Samuel Paul and Kala Seetharam Sridhar) has stated a difference of 39 per cent in terms of per capita income in 1960-61 jumped to 101 per cent 40 years later. Now in 2021, the gap has widened further. Currently the average annual per capita income of four northern States – Uttar Pradesh, Bihar, Madhya Pradesh and Rajasthan — is about US 4000 and of the four southern States — Tamil Nadu, Karnataka, Andhra Pradesh and Kerala — in excess of $10,000 or roughly 250 per cent higher.

The obvious reason is the greater spread of education, which has generated greater awareness, liberal thinking and dedication. But the present trend of online education, which has been forcefully induced this past year and may continue for next couple of months, may greatly affect those sections which cannot afford to take online classes as they either don’t have computers, smart phones or internet connectivity.

The situation thus clearly demands a re-thinking and a re-orientation of education, with an eye on the practical problems existing in rural and backward regions of the country, where internet connectivity is critical. There is also a need to change in assessing students’ progress and making them realise at the same time that schools or learning institutions are there to help them have a better life and preparedness for a changing world. Additionally, our educational institutions’ curriculum needs to change and adapt to skills and academic content in the 21st century wherein both seamlessly are woven together.

Delimitation on 2011 Census: What does this mean for Jammu province?
Business of Power : Seranading Control
Comment