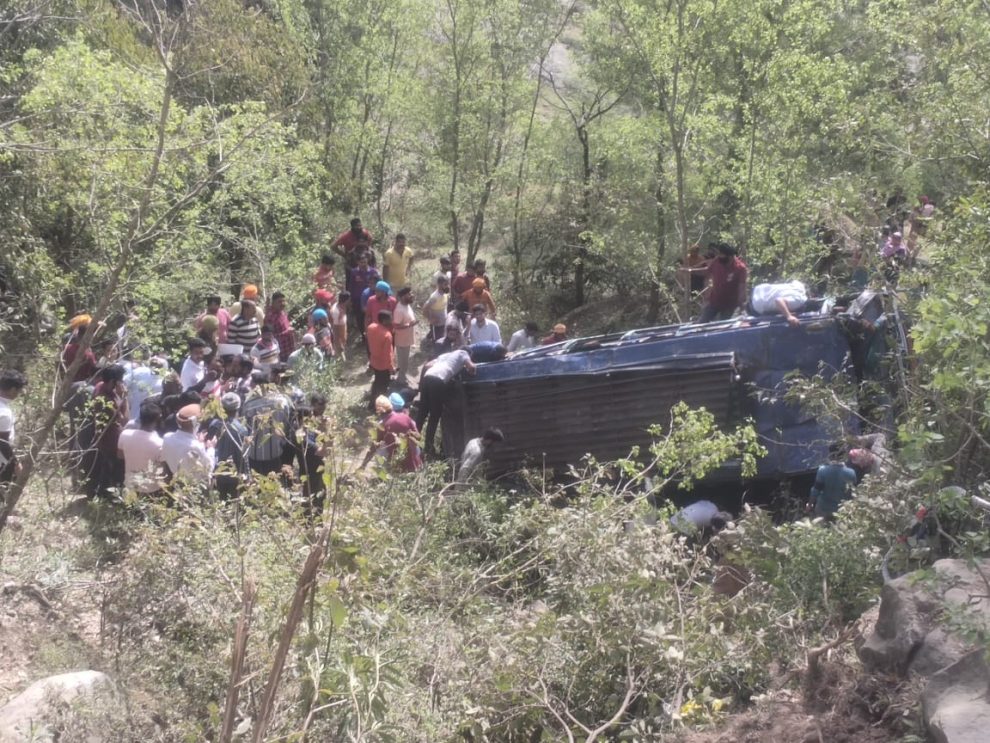 RAJOURI: One person was killed while 56 passengers were injured in a road accident at Lam area of Nowshera subdivision of Rajouri.

Officials told that an accident took place when a bus on way to Nowshera from Lam plunged into a roadside gorge.

“Fifty-six persons were injured in this accident, who have been shifted to hospital,” said officials. They added that five to six injured are having serious injuries, who have been referred to Government Medical College Rajouri.

Furthermore, they said, one passenger travelling in this bus has died, whose body was recovered from the accident site—(KNO)