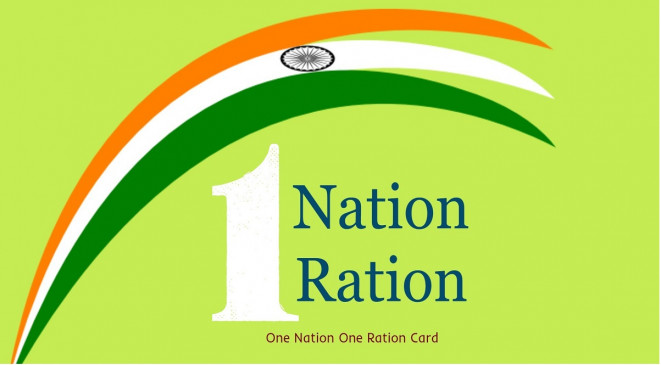 The Centre on Monday told the Supreme Court that the ‘One Nation One Ration Card’ (ONORC) plan aims to empower all National Food Security Act (NFSA) migrant beneficiaries to access their foodgrains from any fair price shop anywhere in the country by using their existing ration card with biometric authentication and the plan makes food security “portable”.
It said that the Union of India is committed to making sufficient foodgrains available to the States at highly subsidised prices under the schemes, to tide over the difficulty of food security during the current Covid-19 crisis, however, the responsibility of identification and distribution to the beneficiaries lies with the states and UTs.
“All the states/UTs have been advised through the communications dated May 20, 2021, and May 25, 2021, to avail their requirements of foodgrains through the mentioned schemes, to provide foodgrains to those who are not covered under the NFSA including migrants/stranded migrants, as per locally assessed requirements,” the affidavit of the Centre stated.
The affidavit was filed in the case relating to the problems faced by migrants during the lockdown and on the registration process of unorganised workers so that they can avail the welfare benefits given under various government schemes.
The apex court last week had observed that all states must implement the One Nation One Ration Card scheme that allows migrant labourers to get ration benefits from any part of the country, irrespective of the place where their ration card is registered.
Filing the affidavit, the Centre said as part of the ongoing technology-driven reforms under the Targeted Public Distribution System (TPDS) in the country, the Union of India had introduced the ONORC plan for the nation-wide portability of the ration cards under the NFSA.
“Although the facility of ONORC shall equally benefit all 80 crore NFSA beneficiaries to lift their foodgrains from any Fair Price Shop (FPS) of choice, but it primarily aims to enable migratory NFSA beneficiaries (mostly labourers, daily-wagers, urban poor like rag-pickers, street-dwellers, temporary workers in organised and un-organised sectors, domestic workers, etc.) who frequently travel in search of better opportunities or for any other reasons, to access the public.
Distribution System (PDS) and if they desire, may lift their entitled foodgrains from any ePoS enabled FPS in the country through portability.
It is submitted that portability gives that choice, while at the same time enabling the family back home to draw the remainder of the eligible ration,” it added.
Despite the multitude of Covid-19 related challenges in the past year, a total of 32 states/UTs covering around 69 Crore NFSA beneficiaries, i.e. 86 per cent NFSA population in the country were swiftly brought under the ONORC plan by December 2020, affidavit added.
The integration of the remaining four states and UT of Assam, Chhattisgarh, Delhi and West Bengal is expected to be achieved,
depending upon the technical readiness of these States to implement the portability of ration cards, Centre said, adding, the onus on implementing ONORC is on these states.
“The claim of Delhi government regarding the launch of ONORC plan in Delhi is misleading, as they claim to have implemented it only in circle 63 Seemapuri. Only a handful of transactions conducted in a single circle with about 42 ePoS machines cannot be considered as an implementation of ONORC. Further, unless the national portability transactions are rolled out formally in all the FPSs of all Circles of NCT Delhi, in which more than 2000 ePoS machines have been supplied and waiting for the operation, it cannot be considered as implementation of ONORC,” affidavit stated.
“It is pertinent to appreciate that a very large number of inter-State migrants are present all across Delhi who do not have access to their NFSA foodgrains, being away from their own villages/hometowns, are not able to take the benefit of their quota of subsidised NFSA foodgrains in Delhi – as there is no full implementation of ONORC and reporting of such transactions/distribution details of NFSA/PMGKAY foodgrains on the central portals dashboards,” it added.
As part of additional food security measures under Covid-19, under phase III of Pradhan Mantri Garib Kalyan Anna Yojana (PMGKAY-III), allocation of foodgrains have been made to all the states/UTs for free of cost distribution to the beneficiaries from Central Pool at 5 kg/person/month for two months i.e. May and June 2021, added the Central government.