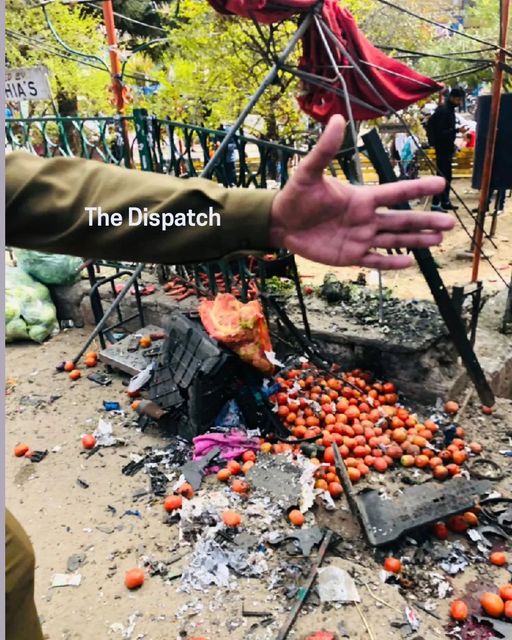 UDHAMPUR: A low-intensity Improvised Explosive Device (IED) blast at a vegetable market in Udhampur left one person dead and 14 others injured.

The incident happened in the afternoon when vendors were selling vegetables and fruit at Salathia Chowk near Tehsil Office Udhampur.

Narrating the incident, an eyewitness said. “All were busy shopping and all of a sudden a big bang was heard. I saw people lying flat on the ground. After a few minutes, locals and police removed all the injured to the hospital. One injured was seriously injured”.

Talking to reporters at the site of the incident Additional Director General of Police (ADGP) Jammu region, Mukesh Singh said that preliminary investigations reveal that it was a low-intensity IED. “One person was killed while 14 others sustained injuries, who all are stable,” he said,.

He said that they have invited ballistic experts to find out the nature of the blast and investigations are in a full-swing.

Two of the injured are reportedly having serious injuries and being referred to Government Medical College Jammu, an official told KNO.

Soon after the explosion took place, senior officers of police, CRPF and army rushed to the spot and the area of the incident was cordoned for examination of evidence.

“Sniffer dogs, bomb squad were also called on the spot for necessary operation, area sanitization and examination,” the officials said. “Samples collected from the blast site have been sent to the Forensic Science Laboratory (FSL).”