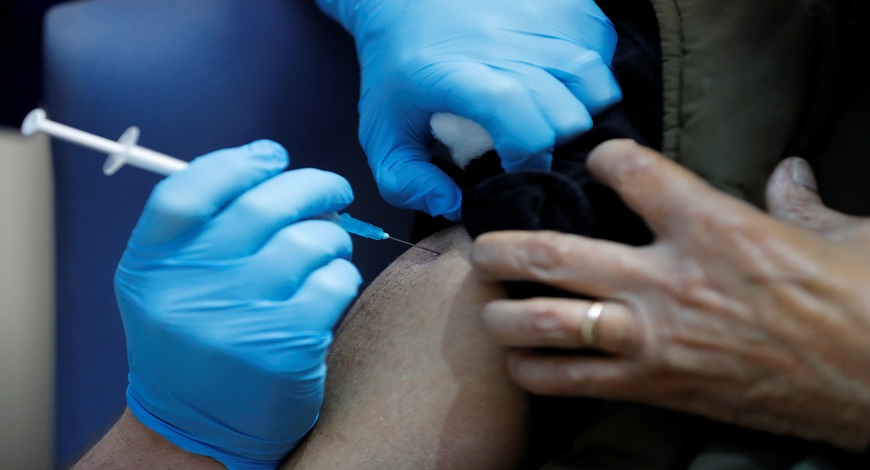 ROME: Nearly one in four people may not get COVID-19 vaccines until at least 2022 because rich countries with less than 15% of the global population have reserved 51% of the doses of the most promising vaccines, researchers said on Tuesday.

Low- and middle-income countries – home to more than 85% of the world’s population – would have to share the remainder, said researchers from the Johns Hopkins Bloomberg School of Public Health in the United States.

An effective response to the pandemic requires high-income countries “to share in an equitable distribution of COVID-19 vaccines across the world”, they wrote.

“The uncertainty over global access to COVID-19 vaccines traces not only to ongoing clinical testing, but also from the failure of governments and vaccine manufacturers to be more transparent and accountable over these arrangements,” they added.

As of Nov. 15, high-income nations had pre-ordered nearly 7.5 billion doses of vaccines from 13 manufacturers, the paper said.

This included Japan, Australia and Canada who collectively have more than 1 billion doses but accounted for less than 1% of current novel coronavirus cases, it said.

Even if leading manufacturers’ vaccines reach their projected maximum production capacity, nearly 25% of the world’s population may not get the vaccines for another year or more, according to the paper.

The People’s Vaccine Alliance coalition last week said pharmaceutical companies should openly share their technology and intellectual property through the World Health Organisation (WHO) so that more doses can be manufactured.

The John Hopkins researchers said WHO’s COVAX Facility could play a key role in ensuring fairer access to approved vaccines but it has only secured 500 million doses, far below its target of delivering at least 2 billion doses by the end of 2021.

Launched in April, the global pact aims to pool funds from wealthier countries and nonprofits to accelerate the development and manufacture of COVID-19 vaccines and distribute them equitably around the world.

It has so far secured half of the funding it needs and the United States and Russia – key players in vaccine development and manufacture – have not joined, the Johns Hopkins study said.