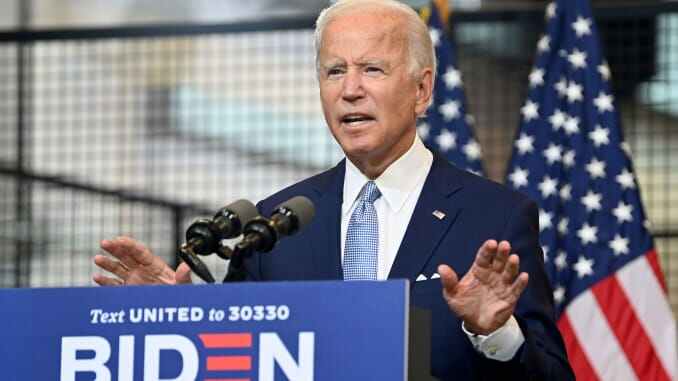 U.S. President-elect Joe Biden should move fast to protect digital rights by curbing the use of facial recognition and surveillance, regulating big tech and tackling discrimination perpetuated by algorithms, campaigners said this week.

As the Democratic former vice president lays the groundwork for his administration, 10 U.S.-based digital rights and racial justice groups signed a statement setting out their policy proposals for his first 100 days in office.

“We haven’t seen much from Biden on privacy or digital rights yet but there’s a real opportunity here for the administration to lead on these issues,” said Jane Chung, the big tech accountability advocate at the Public Citizen group, which issued the memo.

It urges Biden to institute a federal ban or moratorium on facial recognition technology on his first day in office, and calls for the creation of an independent Data Protection Authority, and back a federal privacy law, among other reforms.

The Biden transition team did not immediately respond to requests for comment about its digital rights agenda, which the memo said should prioritise “ending the surveillance of Black and Brown communities”.

While past administrations backed digital surveillance, Trump sought even more invasive monitoring, especially of immigrants and at the U.S. border, said Allie Funk, a senior research analyst for technology and democracy at the Freedom House group.

“The executive branch has been able to escalate surveillance in a way that’s been way more dramatic than before,” she said, noting that Customs and Border Protection searched more than 40,000 electronic devices in 2019 – up from 5,000 in 2012.

Calling the expansion of surveillance and biometrics “the frontline civil rights issues today,” Jacinta Gonzalez , an organizer with the grassroots Latino group Mijente, said Biden would face pressure to reign it in.

“There’s a demand from folks on the ground to have a Biden administration course correct,” she said.

David Segal, executive director of the liberal internet freedom group Demand Progress, called for Biden to take a stand against “broad-based surveillance of U.S persons in nebulous secretive spying programs,” and limit the surveillance authority of the executive branch.

While Biden has yet to address the issue, campaigners noted that Vice President-elect Kamala Harris had backed a 2018 letter to federal agencies expressing concern that algorithmic technology and artificial intelligence could be discriminatory.

“Racial justice really weaves through all of these digital rights issues,” Chung said, adding that as California’s attorney general Harris had helped implement the California Privacy Act – legislation that could serve as a model for a federal bill.

“We need a federal privacy law that restricts how government bodies, including local governments and private corporations, can access, use and store data,” Funk said, adding that there was cross-party support for such a bill.

Campaigners also urged Biden’s team to recognize the threat powerful tech firms can pose to digital rights, urging the new administration to include rights and privacy safeguards into its antitrust policies.

Earlier this week, Biden named members of his Agency Review Teams – panels that evaluate federal agency operations and ensure the administration can achieve its policy goals.

The list was weighted toward tech figures, drawing complaint from those who want more aggressive regulation of the industry.

“(It was) concerning how many people worked in or closely with big tech firms,” Segal said.

The review teams also include a smaller number of digital rights experts and tech critics from civil society groups and academic circles. Funk said she hoped that could lead to a positive collaboration to expand digital rights under Biden.

“We see a lot of good opportunities here,” she said.