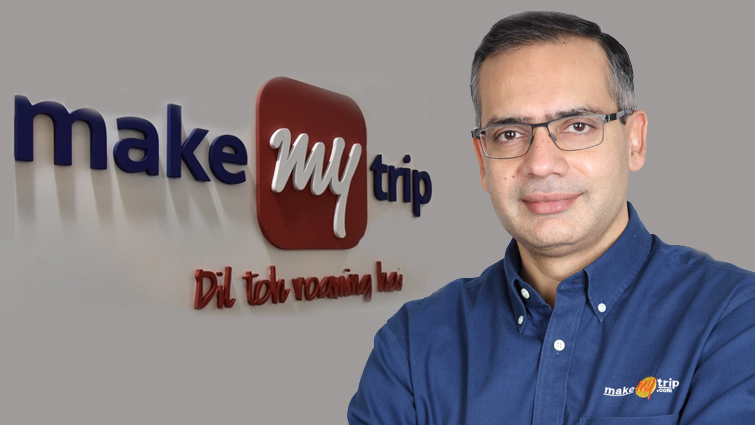 Startups take time to build. A promising startup idea might take several years to develop into a sustainable business, and even then, there is no certainty that it will not fail. In the case that the startup shows some promise, it will almost certainly take up a significant portion of your working life. You must be prepared to play the long game.

MakeMyTrip founder Deep Kalra says that when he is talking to younger entrepreneurs, or when his colleagues quit to start up and ask him for advice, he tells them just one thing, and it has remained constant for a long time: ‘Don’t look in the rear-view mirror for four to five years. When you decide to start a company, you must be prepared to stay on the path for a meaningful period of time, not giving way to doubt and distraction as you go about building.’

A graduate of St. Stephen’s College, Delhi University, and IIM Ahmedabad, Deep worked in banking before leaving to engage in his first entrepreneurial pursuit. He had set up a company to sell bowling alleys in India to tap into the expected boom in family entertainment. When that failed, he went back to corporate life.

Deep’s eyes opened to the possibilities of the internet when he sold his wife’s car online, making 15,000 rupees more than if he had sold it offline, while avoiding a brokerage fee. Then, while booking a holiday to Thailand, he discovered that the hotel was $15 a night cheaper online than the neighbourhood travel agent’s quote. This was a revelation for him. He was convinced that the internet would change the way we lead our lives.

Deep launched MakeMyTrip in October 2000, aiming to cut out the middleman from the business of travel. Having set up an office in the dusty industrial neighbourhood of Okhla in New Delhi, he focused on selling tickets and hotel rooms to immigrant Indians travelling back from the US, outdoing mom- and-pop rivals by offering customer support through Web chats and a call centre.

His idea found a taker in eVentures India, a short-lived venture capital firm backed by NewsCorp and Softbank. Its $2 million infusion, coming at the head of the dot-com boom, offered instant validation; the term sheet was scribbled on a paper napkin at the Crossroads Mall in Mumbai. However, the dot-com bubble burst soon after. For the next five years, venture capital would not touch online startups.

On the heels of the dot-com bust came 9/11 and the SARS outbreak, both of which severely impacted air travel. Deep soon had to let go of most of his employees, cutting the team down from forty to twelve. He went without pay himself, and moved operations to a tiny mezzanine in Okhla. ‘From 2001 to 2003, we went through a trial by fire. The only thing that kept us going at that time was just some kind of innate faith and confidence that we were on to something,’ Deep says.

Things finally started looking up by the mid-2000s. Indian Railways launched online reservations, making Indians comfortable with internet transactions, and the country was in the midst of a low-cost airline boom. Having raised a fresh round of funding from SAIF Partners (now Elevation Capital), MakeMyTrip finally commenced its India sales in 2005. It eventually listed on Nasdaq in 2010, raising $70 million in its initial public offering, with a $450 million valuation.

It took Deep ten years from setting up his office to finally listing his company. MakeMyTrip has had a near-death experience on more than one occasion, and only skilful manoeuvring has kept the lights on. So when Deep speaks of the virtues of patience and persistence, he speaks from experience.

‘In India,’ he says, ‘I don’t believe you will see even the semblance of a business in four to five years. Maybe things are changing, the ecosystem is getting more fertile, maybe we are getting somewhere closer to Silicon Valley. But if you turn into an entrepreneur, please hold the faith. Some of the best businesses have not seen the light of day because some entrepreneur gave up too early.’

Excerpted with permission from Startup Compass: How Iconic Entrepreneurs Got It Right, Ujwal Kalra and Shobhit Shubhankar, HarperCollins India. Read more about the book here and buy it here.

Join The Dispatch Whatsapp Group to stay updated
The Dispatch is present across a number of social media platforms. Subscribe to our YouTube channel for exciting videos; join us on Facebook, Intagram and Twitter for quick updates and discussions. We are also available on the Telegram. Follow us on Pinterest for thousands of pictures and graphics. We care to respond to text messages on WhatsApp at 8082480136 [No calls accepted]. To contribute an article or pitch a story idea, write to us at [email protected] |Click to know more about The Dispatch, our standards and policies
TagsHarperCollins India Shobhit Shubhankar Startup Compass Ujwal Kalra

“Sons of Darkness”: This riveting fantasy novel is set in re-imagined Vedic India
This historical fiction tells the thrilling story of the great exploits of Chhatrapati Shivaji’s spy corps
Comment