That citizenship came at the same time as a historical demarcation of immense consequence is evident because it coincided with the industrialization in Europe that brought in its wake the rise and spread of capitalism. The other side of capitalism and what guaranteed its advance was that it was tied up with the colonization of Asia and Africa, in particular, by the European nations that had undergone this change. The gradual evolution of the middle class resulted in an entirely different socioeconomic pattern in European society. Old aristocracies declined and were replaced by the new capitalists. These together with the middle classes became the mainspring of the new social evolution. The labouring class both in industry and in agriculture bore the burden of the change.

The change drew on two floating ideas. One was that members of a society if they are accepted as citizens should be treated as being equal. And further that citizenship includes everyone within that nation. Identities of caste or religion or ethnic origin should play no role in granting citizenship. Persons of the avarna castes—those outside caste—have the same rights as those of the varnas. Members of minority religions have the same rights as those of the majority religion. One could argue that unlike early societies when differentiation was a strong element in the hierarchy of status, modern times were in need of common identities and an all-inclusiveness among societies.

The discussion moved to the question of the kind of state that would be the most appropriate to the change. Some spoke of a paternal democracy almost on the edge of a dictatorship, others spoke for a welfare state. The debate continues in various forms. Democracy that was beginning to allow the formulation of citizenship is now in some nations being stamped down in favour of actual or virtual dictatorships. The discussion has also hinged on other facts that might be seen as the bonding factor in determining a nation, and the discussion continues. Other factors frequently surfacing are either race or religion.

Race was given primacy in the newly founded race science of late nineteenth-century Europe and coloured many identities in different parts of the world. It was taken to a nightmarish extreme in Germany with Fascism targeting the Jews as the enemy within. The supposed difference of race between Jews and Gentiles was constantly emphasized, but the implied difference of religion was also viewed as a contribution. The Jews and the Jewish religion became the scapegoat for those Christians who, forming the majority in the country, wanted to project a particular community as boding ill for them, and therefore wanted it to be decimated or hounded out at any cost. It sounds hauntingly familiar today in countries such as India or Myanmar where some among the majority, whether Hindu or Buddhist, are not averse to seeing their Muslim compatriots being similarly targeted.

After World War II, it began to be thought that race as a criterion for citizenship was an aberration, in part because the precise definition and identity of race came under serious doubt. Theories of racial origins and identities were questioned and finally discarded. Advances in the study of genetics and of DNA have challenged the viability of racial theories.

The concept of citizenship was however strengthened in the last century. The historical change of the lower orders of society, from slave to serf to subject and finally to citizen was recognized as a change from having virtually no rights to having rights as well as the right to assert these rights. In the relationship between the individual and the state, citizenship was no longer limited to categories of the elite but included every member of the nation, by birth, by descent, and by other means. The concept of citizenship began to be seen as a historical time marker of some magnitude but unfortunately this was not conveyed to the general public, especially in the developing world.

This is also the reason why governments should not be allowed to change what is stated in the Constitution without extensive debate in various fora that represent the opinion of citizens, as for example the legislature, the judiciary, the media, educational institutions, and such like. It is sometimes said that to protect the Constitution the freedom of the three components—the legislature, the executive, and the judiciary—through which governance is carried out has to be absolutely secure from interference by any single government and open to carrying the opinion of citizens if so required. The separation of the three components was to encourage each component to keep a check on the other. They are also meant to ensure that the relationship between the citizen and the state maintains a healthy balance. This can only be ensured if these three are not overawed by the power of those governing.

The legislature should not be tamed through the corruption that becomes rampant with elections to political office. Elections manipulated by those contesting can lead to a legislature that fails to represent the opinions of the citizens. The executive should not be reduced to becoming what many people fear—the rubber stamp of those governing. The judiciary can afford to be most independent, yet it is surprising that only occasionally is such independence asserted, and latterly even less so. With these three components of governance it helps to reiterate again and again that the government is not the state. So, if a citizen is critical of some government action this cannot be described as being anti-national. It is what it is—a criticism of the government, which the citizen has the right to do if he or she so chooses.

The rights of the citizen had to be debated as indeed they were in various states. Basic human rights were the starting point. The most basic of all was the right to life that the state had to protect. This included the provision of food, water and shelter, and moved to employment, as well as the right to healthcare and education. At another level, social justice and the equality of all before the law was considered fundamental impinging on rights in relation to the political forms of societies.

For these rights to be effective it was necessary to underline the centrality of the rights to social justice and to free speech. It would not otherwise be possible for citizens to make their rightful demands and to channelize them in ways that the state would have to respond. This naturally introduced the question of the kind of state that could be relied upon to respect these rights and make them available. A secular democracy was the choice of most. Attention turned towards experimenting with welfare states and socialist societies with a firm base in democratic systems.

Excerpted with permission from Romila Thapar’s essay “Citizenship: The Right to be a Citizen”, from the book On Citizenship, Romila Thapar, N. Ram, Gautam Bhatia and Gautam Patel, Aleph Book Company. Read more about the book here and buy it here.

Join The Dispatch Whatsapp Group to stay updated
The Dispatch is present across a number of social media platforms. Subscribe to our YouTube channel for exciting videos; join us on Facebook, Intagram and Twitter for quick updates and discussions. We are also available on the Telegram. Follow us on Pinterest for thousands of pictures and graphics. We care to respond to text messages on WhatsApp at 8082480136 [No calls accepted]. To contribute an article or pitch a story idea, write to us at [email protected] |Click to know more about The Dispatch, our standards and policies
TagsAleph Book Company Anthology about Citizenship On Citizenship Romila Thapar 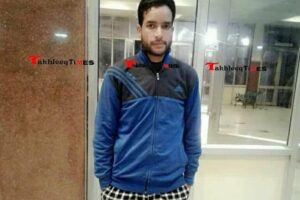