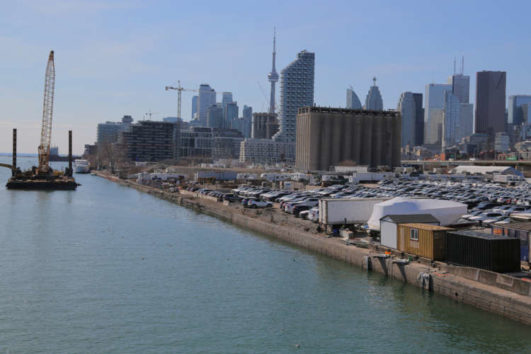 TORONTO: Success in controlling COVID-19 on Canada’s east coast has led to a spike in housing prices in the traditionally poor region, renters and economists say, as remote workers from big cities come seeking properties with fresh air and more space.

Famous for its seafood and rugged coastlines, Nova Scotia province saw some of the country’s biggest increases in housing prices last year, according to data from the government-owned Canada Mortgage and Housing Corporation (CMHC).

Home to about 1 million people, over the past week Nova Scotia has seen 6 new cases of the novel coronavirus, compared to about 1,300 in Saskatchewan which has a similar population, and more than 23,000 across the whole of Canada.

Nova Scotia’s low infection rate was largely achieved through prohibiting travel to other provinces that did not have forced 14-day isolation periods and tough public health restrictions at the onset of the pandemic.

The province’s success in containing COVID-19 has led to an influx of people moving in, especially from big Canadian cities, pushing housing prices out of reach for many locals, housing rights advocates said.

“I do think Nova Scotia’s strong pandemic response has contributed to this housing crisis,” said Pat Donovan, a low-income renter and campaigner with the tenant advocacy group ACORN based in Halifax, the provincial capital.

“We’re a poor province compared to places like Ontario or British Columbia, and people moving in to capitalize on our housing prices and low case numbers have a financial advantage that the majority of working-class Nova Scotians don’t,” he said.

Housing resale prices in Halifax increased 16% last year, second only to Canada’s capital Ottawa out of 11 cities surveyed, according to data cited by CMHC.

Rural communities on the province’s south shore have seen “some of the highest increases in home prices in Canada,” said Kelvin Ndoro, a senior analyst with CMHC.

That rise comes as disposable income in Halifax has been declining, putting even more financial pressure on local residents, Ndoro told the Thomson Reuters Foundation in a phone interview.

As Canada went through a series of coronavirus lockdowns, the country’s economic output dropped more than 5% last year, according to Statistics Canada, which economists say is likely its biggest decline on record.

When governments started imposing lockdowns in March last year, office towers in big cities emptied out as employees were mandated to work from home.

For many remote workers, living in a condo about one-quarter the size of a tennis court in what had become the almost deserted downtown of a city like Toronto suddenly became less appealing, especially compared to a house in Nova Scotia for a similar price.

People moving to the province after selling properties in large cities are often coming in with a lot of equity, Ndoro said, adding that new money has helped drive surging prices.

Supporters of the province’s rising home prices say they reflect Nova Scotia’s high quality of life and note that residents moving in should add to the local tax base while helping grow the broader economy with an influx of new talent.

In past years, eastern Canada had been suffering from a declining population, as young people traveled to other parts of the country in search of better jobs and opportunities.

That trend has been reversed, with the region’s population now growing quickly.

While local business leaders and city officials have welcomed the changing demographic landscape, tenants’ advocates say it has led to a housing crunch.

“Increased demand for housing in the province has not been matched with supply,” Ndoro said.

Jeannie Taylor, a healthcare worker who grew up in Halifax, said the influx of outside money is easy to spot, with new luxury cars cruising the streets and ads for high-priced condo developments proliferating.

“There is a local feeling of panic,” Taylor said in a phone interview.

“(People are thinking) if we don’t purchase soon we will be forced out of the province in terms of competing with big money from elsewhere.”

Taylor had been renting a two-bedroom apartment with her boyfriend when the landlord slipped a note under the door in May 2020.

The couple, like other residents of the building, was given one month to decide if they would pay a 50% rent hike. They moved out.

The building’s owners had no problem filling the units with tenants willing to pay much higher prices, she added.

Krista Higdon, spokeswoman for Nova Scotia’s provincial government, said it has taken steps to protect tenants from excessive rent increases while it works on longer-term solutions.

In November, the province instituted a 2% cap on rent increases and a prohibition on landlords evicting tenants in order to renovate their buildings, she said in emailed comments.

These protections will last until Feb. 1, 2022, or until the province’s state of emergency over COVID-19 is lifted, whichever is sooner, she added.

Those changes came too late for Sarah Ainsworth, a psychology teacher who faced eviction in April, along with several dozen other tenants.

The building she was renting in Halifax was to be torn down to make way for new luxury apartments.

After they were evicted, she and her husband decided to leave the city to try and save some money with the hope of buying a place one day.

“The majority of people I know in Halifax are paying 50% or more of what they make a month on their rent,” Ainsworth said in an interview.

“All you do is maintain; you don’t really build anything or save. Homeownership is (basically) an impossibility.”