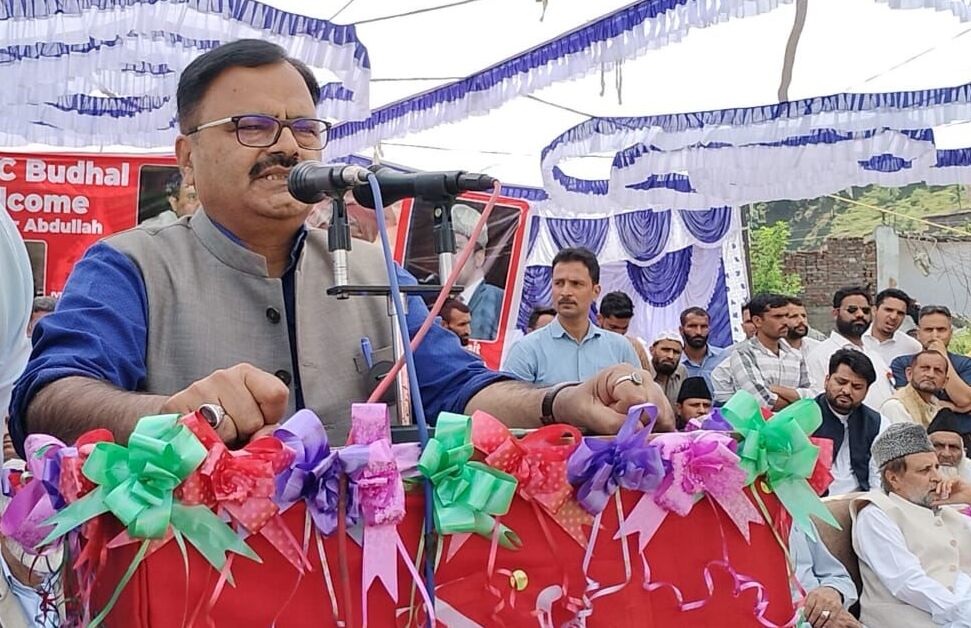 JAMMU: The just-concluded week-long visit of party leader and former Chief Minister Omar Abdullah in Pir Panjal area as a great success because an impressive show of strength was the key feature besides he held healthy interactions with the people including the staunch members of the party. This was stated by Javed Rana President Jammu and Kashmir National Conference (JKNC) Pirpanjal while addressing a meeting of party cadre in Mendhar.

The senior NC leader said that the week-long tour of Omar Abdullah in Pir Panjal area has boosted the morale of party cadre. “People of Pir Panjal are happy with the visit of Omar Abdullah as the NC leader has assured them that their aspirations will be fulfilled by the party soon after coming to power”, he said. Raising serious concern over the problems being faced by the general public, Javed Rana said that more than two and a half years have passed in waiting for restoration of statehood status. Prime Minister Narendra Modi on the floor of the House on August 2019 promised to return the statehood to the people of Jammu and Kashmir soon but till date nothing has been done in this regard, he said.

The Senior NC leader said that the BJP led Government at the Centre is going back on all its promises made with the people of Jammu and Kashmir. With the passage of time, all the dreams and promises shown for development, employment and restoration of peace on the reorganization of Jammu and Kashmir are getting shattered. He said that BJP is only trying to befool the people by claiming that abrogation of 370 is a great step that has paved way for development and employment removing all the hurdles. He accused the BJP of misleading the public on all the significant issues.“Despite being directly under the Centre, development, employment and prosperity at the grassroots level is not visible anywhere in the state. The public has got nothing except toll plazas, liquor shops, inflation and unemployment,”

Javed Rana said, adding that the hateful politics of religion and casteism is dominating the common issues of the people. He asked people to strengthen the hands of Dr Farooq Abdullah and Omar Abdullah as only National Conference can fulfill the aspirations of people of both the regions of Jammu and Kashmir.