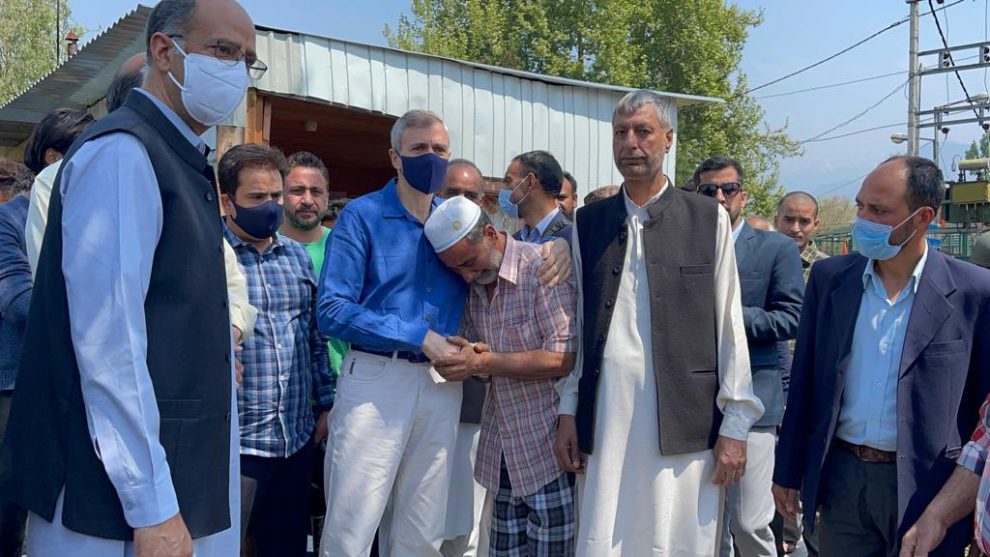 SRINAGAR: Conference vice-president Omar Abdullah on Tuesday visited Nigeen Lake to meet the owners of the houseboats which were gutted in a recent fire.

Seven houseboats were gutted in the fire in Nigeen Lake in the city during the intervening night of Sunday and Monday, resulting in losses in crores of rupees to the owners.

“Visited Nageen lake to meet the owners of the houseboats that were gutted in a recent fire. The owners ensured that all the tourists were evacuated safely even though that meant they weren’t able to shift some of the boats away from the path of the fire,” Omar tweeted.

The former chief minister also said the issue was raised in the Lok Sabha by NC president Farooq Abdullah who demanded compensation for the owners. “Srinagar Lok Sabha MP Dr. Farooq Abdullah raised this issue during Zero Hour & has asked the government to compensate these owners for their losses,” he added. (PTI)

JKAS Main exam to be held as per schedule, have given 30-day prior notice to aspirants says BR Sharma
Pak Army disputes PM Imran, says no evidence suggesting US’ involvement in regime change: Report
Comment