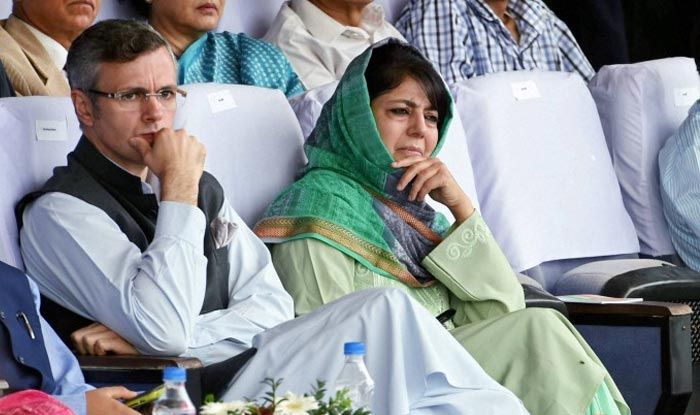 JAMMU: Emerging as a major advantage to the center’s push for normalising political process in Jammu and Kashmir, key regional parties National Conference and the Peoples Democratic Party are now agreeable to participating in the assembly elections, whenever held, even as their top leadership would abstain from the process as a symbolic protest against the change of erstwhile state’s constitutional status.

As fathomed from proceedings of the All-Party Meeting held with Prime Minister in chair on June 24, the Center’s intentions, of holding assembly elections while Jammu and Kashmir is still a Union Territory, are clear. However, keeping the contentious special status issue aside, the regional parties would like to go to elections only after the statehood is restored. In these circumstances, a boycott by main regional parties would have caused massive embarrassment for the Center.

After attending the meeting with Prime Minister, Omar Abdullah reiterated his earlier position, first made public in July last year, that he would never context election with Jammu and Kashmir as Union Territory while his party could. On Thursday, he was clearer about his personal boycott while asserting that his party, the National Conference would certainly contest.

A day after Omar’s statement, much to the pleasure of the Center, the Peoples Democratic Party leader Mehbooba Mufti has also echoed similar views. In an interview with a television channel, Mehbooba “I would not fight any election until Article 370 is restored. Otherwise, they will say I am doing it for political gains. But my party does not want to leave any democratic space or it will be taken away by other forces. If the party wins, there are other senior leaders. I will not be Chief Minister. I want to send a message to my people that it is not a mere slogan for me”.

While Omar is talking just in context of State and Union Territory, Mehbooba wants the entire outcomes of August 5, 2019 events reversed. However, ever since their release for detention over a year ago, the two leaders and their parties or the alliance –People’s Alliance for Gupkar Declaration –have not taken any practical measures to assert for they claim to want.

These statements of Mehbooba Mufti and Omar Abdullah are of huge advantage to the the sequence of events the Center appears to have planned for the next steps in Jammu and Kashmir –delimitation followed by elections and then restoration of state at an appropriate time. While the restoration of Article 370 and 35A is not even a remote possibility, reinstatement of some of their features also looks unlikely.