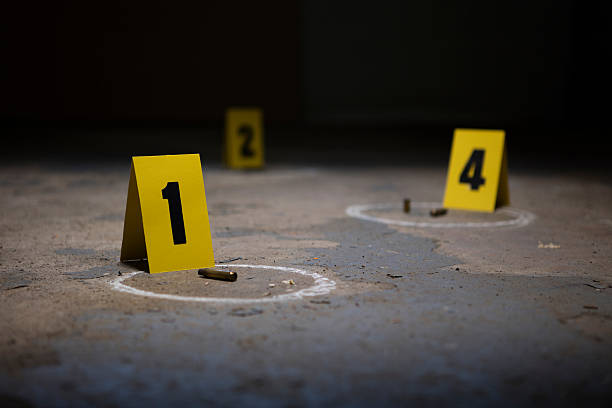 The Dispatch Staff
Add Comment
Soon after the visit of Home Minister Amit Shah to review the security situation in Jammu and Kashmir, the Lt Governor has ordered the constitution of a specialized agency -- State Investigation Agency (SIA) for speedy and effective investigation and prosecution of militancy-related cases in the Union Territory.

Jammu: The Jammu and Kashmir and Police headquarters are looking for officers, who have work experience with investigation agency to make appointment newly constituted State Investigation Agency (SIA).

Soon after the visit of Home Minister Amit Shah to review the security situation in Jammu and Kashmir, the Lt Governor has ordered the constitution of a specialized agency — State Investigation Agency (SIA) for speedy and effective investigation and prosecution of militancy-related cases in the Union Territory.

As a first step to make the SIA functional, the Government recently posted Atul Goel, DIG Jammu-Samba-Kathua Range and Shiv Kumar Sharma, SSP and Staff Officer to Goel in the SIA by designating them as DIG CID and SSP CID Jammu respectively. Goel comes with four years experience of working in the NIA (2014-18) while Sharma too had a stint in the same agency albeit for a brief period.
Goel will be second-in-command in the SIA after Rashmi Ranjan Swain, sources said, adding one more SSP, mostly likely from Kashmir division and eight SPs are being searched in the first phase for posting in the SIA which will be followed by DySPs and other ranks. Number of DySPs is expected to be quite high in the SIA as they will be the Investigating Officers of UAPA cases while Inspectors, Sub Inspectors and below ranks will assist them.
The Government is likely to handover some cases of “serious nature” of UAPA which are already under investigations by the Jammu and Kashmir Police to SIA, sources said, adding a process has been initiated to identify the cases. However, the cases in which investigation has been completed or is about to be completed will stay with police.
“All fresh militancy related cases which are not to be handed over to the NIA will be given to the SIA which will also have powers to suo moto register First Information Reports (FIRs) in the terror cases,” sources said.
They admitted that fully establishing the new Authority will take time especially the posting of officers of all ranks, raising infrastructure and creating other necessary set up but added that the Agency will start functioning at the earliest with the posting of new officers.
The Jammu and Kashmir Government had formally announced the setting up of the SIA on November 1 just a week after Union Home Minister Amit Shah concluded his four-day visit to the UT, his first after abrogation of special status of erstwhile State and its bifurcation into two UTs on August 5, 2019.
The Government has handed over charge of the post of DIG Jammu held by Atul Goel to Vivek Gupta, DIG Rajouri-Poonch Range and that of his Staff Officer held by Shiv Kumar Sharma to Ashok Badwal, SO to ADGP Jammu.
Sources said the SIA will be the specialized agency for investigation and prosecution of the militancy related offences and Nodal Agency for coordinating with the NIA and other Central agencies and shall take such measures as may be necessary for speedy and effective investigation and prosecution of terrorism related cases.
The CID, Counter Intelligence (Kashmir) and CID and Counter Intelligence (Jammu), shall also be the Police Stations for the purposes of registration and investigation of terror cases by the SIA.
“All the officers Incharge of the Police Stations shall mandatorily intimate the SIA immediately upon registration of terrorism related cases and also about the cases where any terrorism linkage surfaces during the investigation,” they said, adding that in the cases where investigations are not taken up by the NIA, the DGP J&K shall determine in consultation with the SIA whether the case is fit to be investigated by the SIA and transfer investigation of such case at any point of time during the probe.
Gravity of the offence, progress of investigation and other relevant factors will be the determining factors for handing over cases to the SIA.

Gadkari to lay foundation stone of 25 national highway projects of Rs 11,721 Crore tomorrow
Do you remember what you want to forget?
Comment