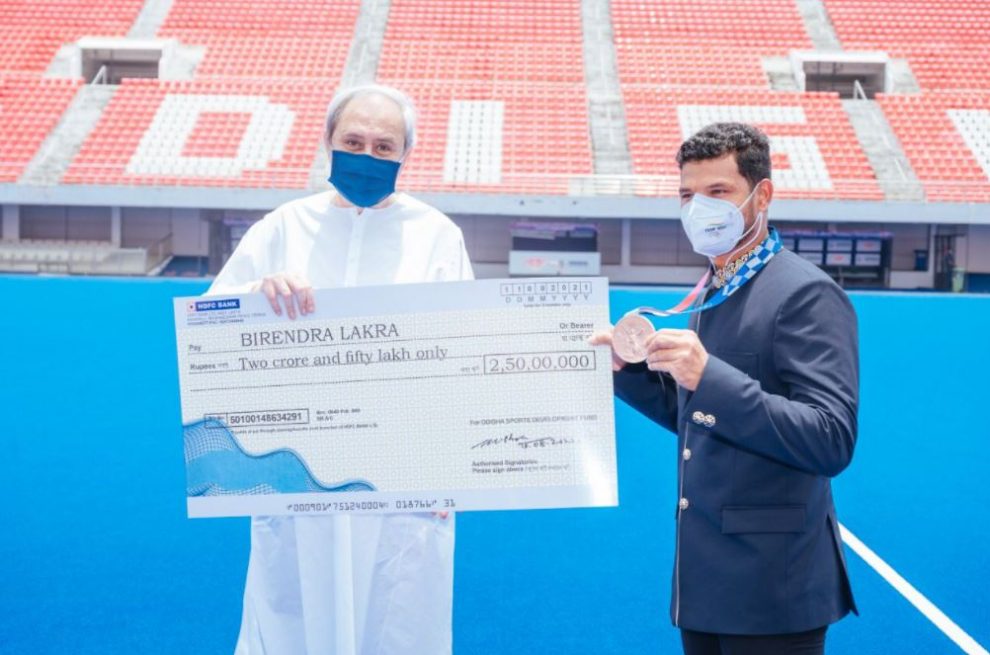 Odisha Chief Minister Naveen Patnaik felicitated the players from Odisha in the Indian Hockey team at a function in Kalinga Stadium, Bhubaneswar on Wednesday.

Chief Minister also handed over the offer letter for appointment as Deputy Superintendent of Police in the State Police department. Chief Minister handed over cash awards of Rs 50 lakhs each to Deep Grace Ekka and Namita Toppo, who were part of the Indian Women’s Hockey team at the Tokyo Olympics. CM also assured them full support in the future.