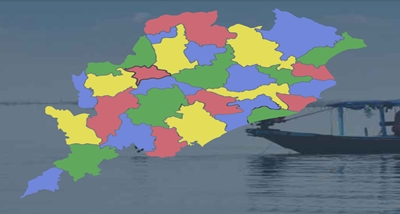 In Odisha, a number of programmes have been organised to mark the 86th statehood day today. Celebrated as Utkal Diwas, the day commemorates the coming into being of Odisha as a state in 1936. President, Vice President, Prime Minister and a host of other dignitaries have greeted the people of Odisha on the occasion.

AIR correspondent reports that, President Ram Nath Kovind , greeting the people of the state, has said that the country is proud of the unparalleled cultural heritage, architecture, handicrafts and the dance art of Odisha. He says, Odisha is the land that sends eternal messages of love and peace to humanity.
Vice president M. Venkaiah Naidu,greeting the people of the state, has said Odisha is known for its marvellous monuments, unique handicrafts, breathtaking beaches and diverse wildlife.

Wishing people of the state on the Utkal Diwas, Prime Minister Narendra Modi has said the people of Odisha have contributed immensely to India’s progress.

In a tweet the Prime Minister adds;- “I bow to the unique culture of Odisha.” Governor of Odisha Prof Ganeshi Lal, Chief Minister Naveen Pattnaik, Union Minister Dharmendra Pradhan and many other dignitaries have greeted the people of the state on this occasion.