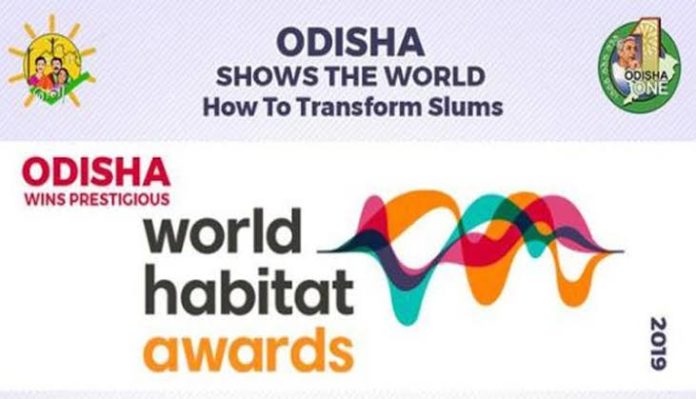 Odisha won the ‘World Habitat Award’, global recognition for its ambitious initiative — Jaga Mission.
This award is given by World Habitat, a UK-based organization, in partnership with United Nation (UN)-Habitat, every year, in recognition of innovative, outstanding, and revolutionary ideas, projects, and programmes from across the world. Jaga Mission is a slum land titling project, benefiting a million urban-poor living in the slums.
Chief Minister Naveen Patnaik took the Twitter and said: “Odisha won the World Habitat Award 2019 for the Jaga Mission. The journey to empower 1.7 million urban poor living in slums continues.”
Ratan N Tata, Chairman of Tata Trusts, said, “I extend my congratulations to the Chief Minister of Odisha and his team at this proud moment. The World Habitat Award is a recognition for the vision and commitment of the Government of Odisha to improve the lives of the urban poor. The Tata Trusts are privileged to partner with the Government of Odisha in this noble initiative.”
Recently, this project was also awarded the ‘India Geospatial Excellence Award’ for technological innovation in transforming the lives of urban poor.